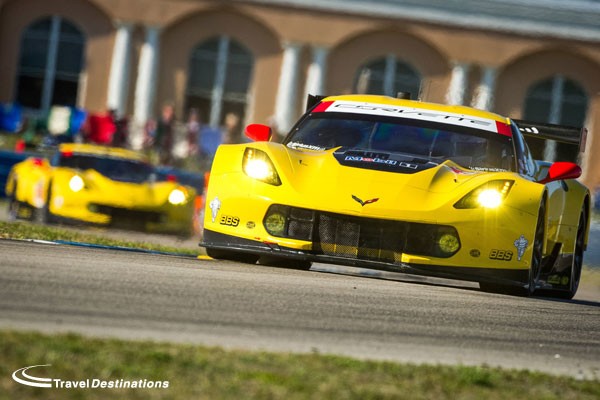 The Sebring 12 Hours has been through a series of down years since the arrival of the WeatherTech SportsCar Championship, replaced the American Le Mans Series, but it appears that the beloved American endurance event is ready to return to its former self again. The beauty of the Sebring 12 Hours is the ground on which it is set. The ex-US Army training base morphed over the years into a motorsport mecca, which for the teams and drivers presents a unique challenge and for fans a true sportscar spectacle. They say that the Sebring 12 Hours is half the length of the Le Mans, but twice as hard. The harsh, cracked and bumpy asphalt is unmistakable and for fans trackside it is fascinating to watch. In terms of viewing, spectators can watch from almost every corner on both the inside and the outside aside from the back straight. You’ll see sparks fly and hear the constant scrape of under trays and splitters grazing the bumps; think the Nordschliefe, but without the hills. If you spend the 12 hours navigating the circuit, not only will you get to see some spectacular sights as the lights fade, the headlights and brake discs begin to glow as the race roars on into the night, but you’ll also witness the party atmosphere for which Sebring is famous.

Like Le Mans there’s always a good mix of both sportscar enthusaists and party-goers, making the campsites fun and friendly, and a real sight to see. You’ll see all sorts of wild set ups from the biggest RV to the smallest tent, and be made welcome by the hoards of American fans who enjoy sharing their food and drink with passers by. There’s always fireworks displays and plenty of support races to watch before the main event. The crowd figures are still good, even early in the week when people set up prior to the on track action too. You won’t get bored. And while the local area around the circuit doesn’t offer much in terms of sight seeing, the major benefit of travelling to Sebring is the geographical location in the USA. You’ll be flying into Orlando, which is a lovely city to spend time in before or after the meeting. You could also fly into Miami too, another popular holiday destination and bolt-on a holiday.

And specifically in 2017, it’ll present fans with one of the first opportunities to see the new breed of American sportscar Prototypes: the DPis, which are set to include factory efforts from Cadillac and Mazda as well as a Nissan-badged Extreme Speed Motorsport programme. Add that to what is always a diverse grid of cars and drivers – with many star-drivers joining the series regulars, and a small contingent of European teams making the trip ¬– and you’ve got yourself a perfect excuse to fly across the Atlantic for a weekend at the motor cars.

Join us in Sebring this March. We have some lakeside condos available just minutes from the track.