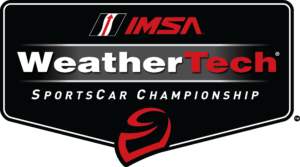 The IMSA WeatherTech SportsCar Championship is the premier sportscar racing championship in North America, and sees a mixture of factory and privateer teams compete together across four prototype and GT classes at the best circuits in the United States and Canada. Born out of a merger between Grand-Am and the American Le Mans Series back in 2014, it combines the best events from both former series to create one incredible endurance schedule featuring the Rolex 24 Hours at Daytona, Sebring 12 Hours, 6 Hours at The Glen and Petit Le Mans as well as a smattering of other shorter races at circuits such as Long Beach, Laguna Seca, Lime Rock Park and Mid Ohio.

In 2021 the top class (DPi) prototype battle will resume with entries representing Mazda, Acura and Cadillac set to go head-to-head throughout the season. Behind, privateer entries in global LMP2 cars, factory teams from BMW and Corvette in GTLM cars and a plethora of private outfits racing GT3 cars make up the remaining spaces on the grid. With so much variety, the racing in IMSA is simply superb, attracting fans from around the world to its biggest races.

Travel Destinations offers packages to all the Endurance Cup races in 2021, with a focus on the races at Daytona and Sebring at the start of the season. Anyone who wishes to head stateside for one of the other races on the calendar can register their interest by calling our office today on 01707 329988.

Six Hours At The Glen