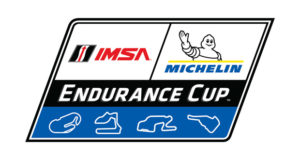 ‘Petit Le Mans’ may translate to ‘Small Le Mans’, but make no mistake, this is not a small event. Held at Road Atlanta each October, Petit Le Mans is the season finale for the IMSA WeatherTech SportsCar Championship and has become one of the most popular sportscar races amongst fans.

Road Atlanta is arguably the most spectacular circuit in North America, with its steep descents, narrow sections and fast-flowing sequences, it’s a real test of a car’s agility. Only the best drivers, in the most nimble cars, win races here.

For spectators it’s a bit of an Aladdin’s Cave, with so many great vantage points. The aptly-named Spectator Hill may be the best example, with a panoramic view of the famous down-hill Esses, and a huge screen to catch the rest of the action on. There are grandstands too, as well as plenty of other spots along the other key corners of the lap. Each one will allow you to see the incredible speeds and changes in direction that modern prototypes and GT cars are capable of.

Location-wise, the circuit is just an hour East of Atlanta itself, meaning anyone wishing to explore Georgia’s premier destination can do so easily. Atlanta is a vibrant city, full of attractions for tourists. Love sports? There are pro teams for all the major US leagues housed in the city, the huge College Football Hall of Fame Museum and the old Olympic Park to stroll through. Nature?  There’s the world-famous Georgia Aquarium, Botanical Gardens and Atlanta Zoo. Coca-Cola World and the CNN Tower tour are also unmissable highlights, situated in the sprawling downtown area. There really is something for everyone in ‘The Big Peach’.

Anyone wishing to head to Road Atlanta for the IMSA season finale in 2021 can call our office to register interest on 01707 329988.