Travel Destinations is proud to be the only official ticket agency for the Spa Classic in 2021. This enables us to be able to offer the best and widest selection of offers for the Spa Classic. All our customers will be invited to join us in our exclusive hospitality suite overlooking Eau Rouge.

2021 sees the return of the Spa Classic. Located at the fantastic Spa Francorchamps circuit in the beautiful Ardennes region of Belgium, the event is organised by the same team that produces the Le Mans Classic. The Spa Classic has fast become one of our favourite events. As well as the racing on the circuit there is much to entertain the spectators, with music, autojumbles, bars and food suppliers all on-site. On track the Spa Classic features a wide variety of exciting historic grids including:

Classic Endurance Racing (2 grids)
Prototypes and GT’s that have raced in the greatest endurance races in the world between 1966 and 1981. These vehicles were driven by the likes of Derek Bell, Jacky Ickx & Henri Pescarolo not only at Le Mans, but around the globe in the World Sports Car Championship.

Group C Racing
The Group C regulations were in force between 1982 & 1994, leading to the production of legendary cars such as the Porsche 956s & Lancia LC2. Other marques soon joined in the fun with European manufacturers Jaguar & Mercedes coming up against the Japanese brands of Toyota, Nissan & Mazda.

Sixties Endurance
Always a fan favourite this grid includes pre-1963 sports cars and pre-1966 GT cars that raced in the World Endurance Championship of the time. Expect to see AC Cobras, Jaguar E-Types & Ferrari 250 GTs compete against each other.

Heritage Touring Cup
This retrospective of the European Touring Car Championship (including the Spa 24 Hours) will feature cars that participated between 1966 – 1984, including some favourites such as the Ford Escort and Capri, the BMW 3.0CSL and the Alfa Romeo GTV6.

The Greatest’s Trophy
This is a special hand-picked grid for exceptional sports and GT cars built before 1966. Invitations have gone out to Aston Martin DB4 GTs, Maserati 300s, Alfa Romeo TZs and Ferrari 250 GT Berlinettas.

Global Endurance Legends
Bringing things right up to date, this grid features prototypes and GT cars raced during the 1990s and early 2000s. Expect to see cars such as the Bentley Speed 8, Jaguar XJR-15 and Audi R8 take to the track in a demonstration event rather than a competitive race.

As well as all the excitement on the track there will be access to the paddock, grandstands and an extensive village, along with the opportunity to book circuit laps around the Spa F1 track for you and your classic or sports car.

As an official agent for the Spa Classic 2021 we are offering our customers the opportunity to experience this historic event at the fantastic Spa Francorchamps circuit, either camping, staying in the town at the 4 star Hotel Balmoral in Spa, staying at the 3 star Val D’Arimont Hotel just 8 miles from the circuit. Also available is the 4 star Hotel Du Commerce in Houffalize,  the 3 star Hotel Cardinal & 4 star Villa des Fleurs in downtown Spa. View all our hotels here. 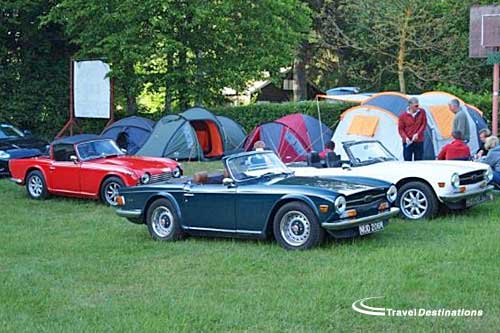 This family-owned campsite is located just to the south of the circuit. It has well maintained facilities including heated showers & toilet blocks, outdoor swimming pool and a small cafe.
From £449.00 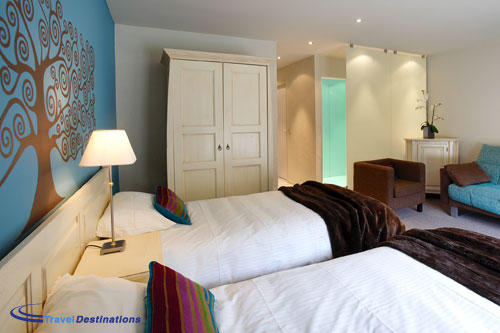 Located in a valley just outside the town of Malmedy lies the Hotel Val D'Arimont. This popular hotel has a mixture of hotel rooms and cottages with the bonus of an excellent restaurant and bar as well as indoor and outdoor swimming pools.
From £525.00 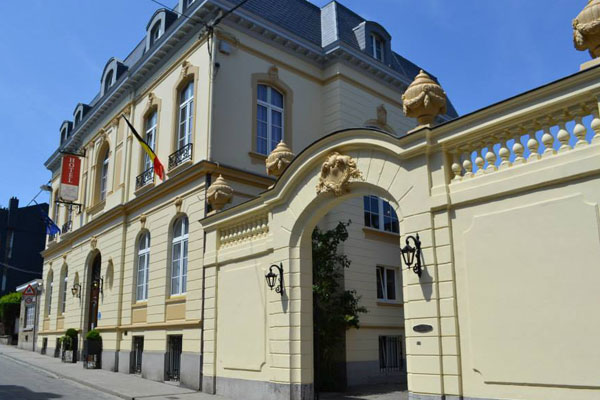 This lovely 4-star hotel is located in downtown Spa, just a short walk from the main square. With its own secure car park and walled gardens this is an ideal hotel for enjoying the Spa Classic.
More Accommodation
View all motorsport events