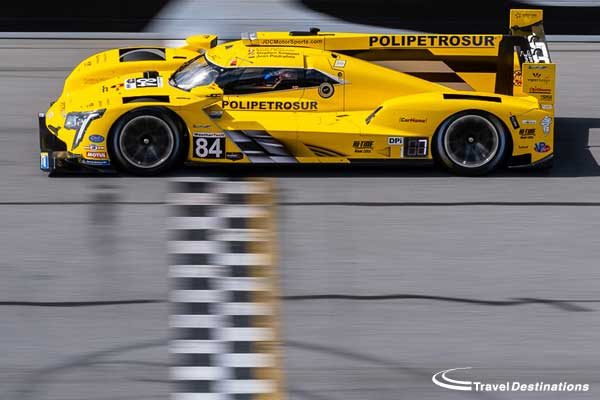 The elements were at work at Daytona this weekend, as the importance of patience and perseverance meshed with the need for speed during a rainy, 57th running of the Rolex 24 At Daytona, at Daytona International Speedway. It seems history was at work, as well. 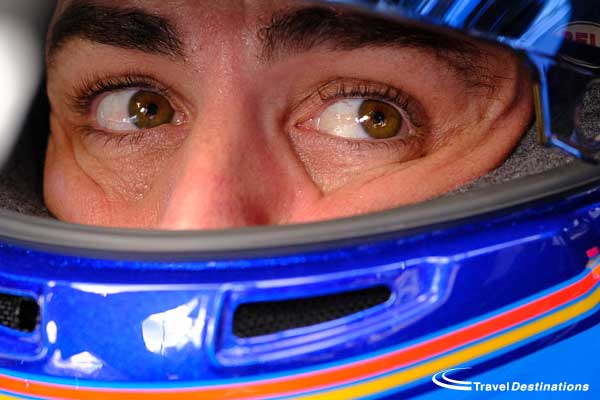 Former Formula 1 world champion Fernando Alonso and his Wayne Taylor Racing teammates emerged from the wet to win the event, which was halted under red-flag conditions due to increasingly heavy rain at 2:25 p.m., 10 minutes short of the scheduled time limit. Alonso becomes the third former Formula 1 champion to also win the Rolex 24. The others on that most illustrious short list: 1964 Rolex 24 champion Phil Hill and 1972 champion Mario Andretti. 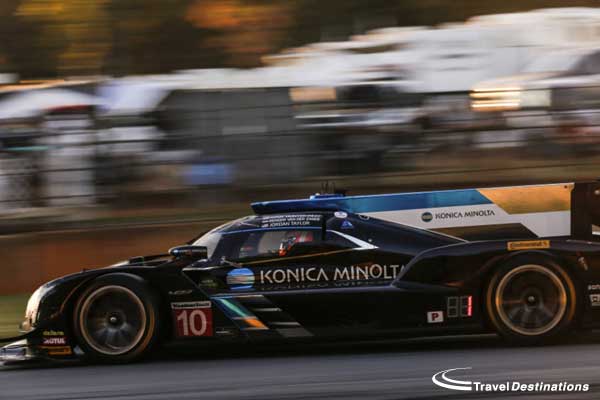 Alonso, racing in the Rolex 24 for the second-straight year, co-drove the No. 10 Cadillac DPi with Jordan Taylor, Renger van der Zande and Kamui Kobayashi. Finishing second was the No. 31 Cadillac DPi of Whelen Engineering Racing, co-driven by Felipe Nasr, Eric Curran and Pipo Derani.

After a cold and windy Saturday, the rains came to the Rolex 24 in the early hours of Sunday morning – and hung around for the balance of the 24-hour sports car endurance classic that opened the season for the IMSA WeatherTech SportsCar Championship. Weather worsened to the point of necessitating a red flag at 7:21 a.m., just short of the 17-hour mark. After a one-hour, 45-minute stoppage, racing resumed. Amidst alternating green- and yellow-flag conditions, the second red flag was brought out by heavy rain at 12:39 p.m. It was the first time the race had been red-flagged twice due to wet conditions. Seven minutes earlier, Alonso had gotten by Nasr in Turn 1 and it proved to be the race-winning move. “Very, very proud of the job we achieved today,” said Alonso, who also co-drove to victory in last year’s 24 Hours of Le Mans. “The race itself was very, very difficult. Conditions were changing all the time. But we had perfect execution. We led in night, day, dry and wet.” 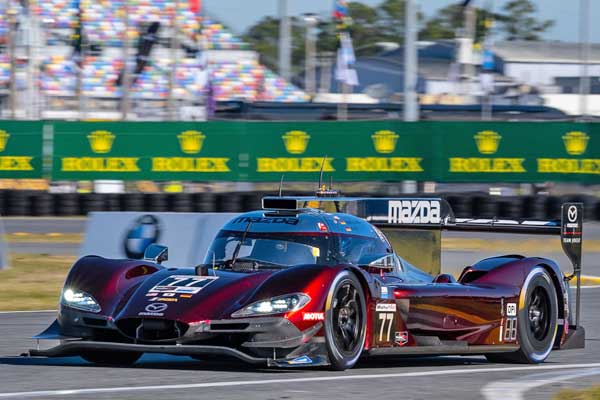 Grand Marshal and five-time Rolex 24 champion Scott Pruett gave the command to start engines on Saturday afternoon, with 47 cars across four WeatherTech Championship classes negotiating the 3.56-mile road course. The field was led to the green flag by Oliver Jarvis in the pole-sitting No. 77 Mazda DPi. The highly-anticipated runs by the two Mazda Team Joest entries, however, failed to pan out. The pole-sitting Mazda left the race at the seven-hour mark after catching fire, having completed 220 laps. It ended 46th. A short while later, the team’s No. 55 car, which started fourth, developed a fuel leak problem and would finish 42nd.

A significant sidebar to his Rolex 24 morphed into an emotional farewell for three-time and defending Rolex 24 champion Christian Fittipaldi, who has announced he will retire from competition after this weekend. With his team’s No. 5 Cadillac DPi out of contention in the closing hours after battling several mechanical problems on Saturday, Fittipaldi came into the speedway media centre for a final press conference. He was almost immediately overcome with emotion, unable to choke back the tears – much less answer the first question he received, until media members broke into applause, as encouragement. A cardinal rule of journalism impartiality had been broken, or at least bent. In this instance, no one cared. “Racing has played a major role in my life but life is not only about racing … it was a great ride,” said Fittipaldi, a former IndyCar Series standout and the nephew of former Formula 1 and Indianapolis 500 champion Emerson Fittipaldi. “I had three goals when I arrived here this year. One was to finish, the second was to finish on the podium and the third goal was the cherry on top of the cake, to get two wins in a row and fourth [overall]. But it didn’t happen. Yeah, I’m sad, happy, relieved … but most of all I’m at peace with myself and I think that’s what’s most important.”

The inspiring Rolex 24 entry of Alex Zanardi ended with a 32nd-place finish in the No. 24 BMW M8 GTE. Zanardi is the former IndyCar driver who lost both legs after an accident in 2001. In years since, he has become one of the world’s top hand-cyclists while occasionally returning to the race track in specially equipped cars. 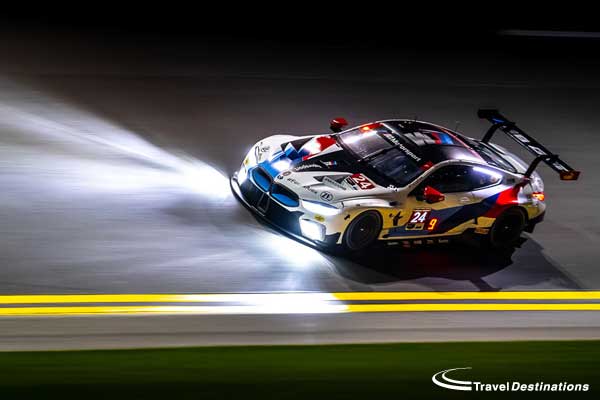 Travel Destinations guests really enjoyed this weekend’s Rolex 24 at Daytona. Despite the wet end to the race, our guests enjoyed getting privileged behind the scenes access with the Radio Le Mans, IMSA radio commentary team as well as hospitality in the Champions Club. Our hotel overlooking Daytona Beach was the perfect location to relax away from the track.

If you would like to join Travel Destinations at next year’s Rolex 24 at Daytona you can register your interest now by emailing us via info@traveldestinations.co.uk