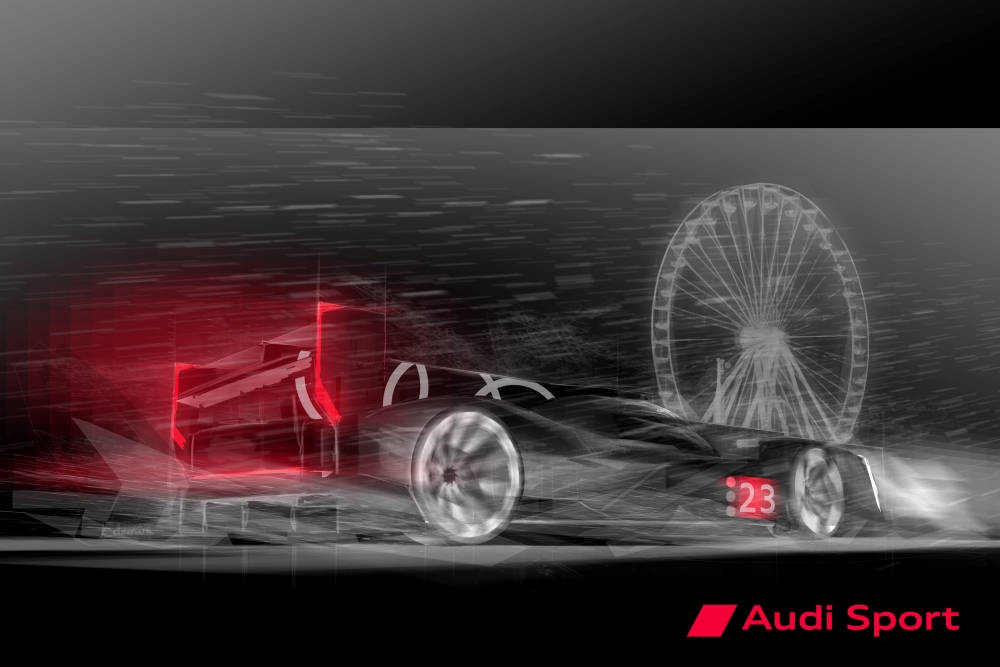 Audi has revealed that its LMDh programme will make its competitive debut at the 2023 running of the Rolex 24 Hours at Daytona, firing the starting gun for the group of marques all planning to compete in the top category of IMSA and the FIA WEC with brand new LMDh chassis.

The Rolex 24 in January 2023 will mark Audi’s first race as a factory in top-class competition since the end of the 2016 FIA WEC season at Bahrain when its LMP1 hybrid effort came to and end. Audi says its new LMDh (hybrid-powered, LMP2-based prototype featuring bespoke styling cues) will act as the successor to the hugely successful Audi R18 LMP1 which scored wins at Le Mans in 2011, 2012, 2013 and 2014 as both a diesel and hybrid-powered prototype. It is being developed alongside Audi’s SUV that it will compete with in Dakar.

“The new LMDh category fits perfectly with our new set-up in motorsport,” says Julius Seebach, Managing Director Audi Sport GmbH and responsible for Motorsport at Audi. “The regulations allow us to field fascinating race cars in prestigious races worldwide. In addition, we are making use of synergies inside the Volkswagen Group with our partner strategy.”

Audi’s new car is being developed in partnership with sister VAG brand Porsche, which is also set to compete in LMDh. This is almost certainly a strategy which will cut the cost of VAG running two parallel programmes in the same formula. Costs spiralled out of control during the latter years of Audi and Porsche’s LMP1 Hybrid programmes (2014-2016) where both companies were both spending colossal amounts of money to compete against one another.

“A great strengh of the Volkswagen Group is the collaboration of the brands in the development of road cars,” says Seebach. “We are now transferring this proven model to motorsport. Nevertheless, the new sports prototype will be just as much a genuine Audi as the Audi RS e-tron GT that was launched recently and has also been developed on a platform shared with Porsche.”

Audi has selected a chassis supplier for its LMDh, which is rumoured to be the Multimatic LMP2 (the current Multimatic forms the base for Mazda’s DPi chassis), and decided on the concept for its engine.

Andreas Roos, the head of Audi factor motorsport said the “goal is for the first prototype to be on its wheels early next year and to complete its roll-out in the first quarter.” This will be followed by a full test programme ahead of the car’s race debut at Daytona in January 2023.

“With the LMDh project, we are continuing the philosophy of our early years in sports prototypes,” says Andreas Roos. “The Audi R8 was not only the most successful prototype of its time from 2000 to 2006, with 63 victories in 80 races, but it was also very successful in the hands of our customers and easy for the teams to handle. This is also the premise with the electrification of our new sports prototype.

“Our goal is to also put the car in the hands of professional customer teams right from the start, in parallel to factory entries. We are currently evaluating internally how this will work in detail.”

Audi is one of a number of manufacturers signed up to the ACO-IMSA convergence formula, which will see LMDh chassis and Le Mans Hypercars compete together for overall wins in the FIA WEC and at the Le Mans 24 Hours. Using the same cars, LMDh manufacturers are also able to compete in the USA as part of the WeatherTech SportsCar Championship field. (No decision has been made yet on whether or not Hypercars will be eligible to race in IMSA.)

Currently, Porsche and Acura are set to compete in LMDh alongside Audi, with Ferrari, Peugeot, Toyota and Glickenhause all signed up to compete with Le Mans Hypercars. Travel Destinations understands via IMSA paddock sources that at least one more LMDh manufacturer is expected to sign up in the coming weeks and months.

If you want to see the LMDh cars in action, then you can register your interest to attend the 2023 Rolex 24 Hours and Le Mans 24 Hours with Travel Destinations today. Call 01707 329 988 or email info@traveldestinations.co.uk to find out more.