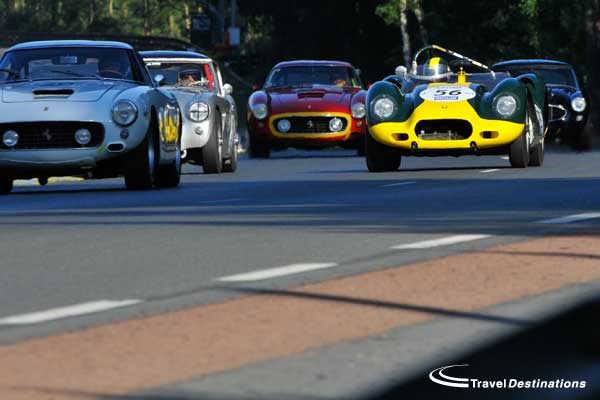 Amongst the 389 drivers entered into the 2018 Le Mans Classic, there are a few recognisable names, notably: Henri Pescorolo, René Arnoux, Jacques Laffite, Jochen Mass and none other than five times Le Mans winner Derek Bell. Bell will be racing a Porsche 917 LH, which he last raced during the 1971 season with Jo Siffert. Derek has had forays of competing at the Classic in recent years although this is an opportunity to drive a competitive car supported by the highly regarded Porsche engineer Norbert Singer. Singer has had a hand in every one of Porsche’s 16 victories at the 24 hour race. Four out of five of Bell’s Le Mans victories were in Porsche’s. So you could say the Bell/Singer partnership was as important as the famed Bell/Ickx driver pairing. Bell commented about his return that he is feeling fresher than ever and will drive as quickly as he can, but not do anything stupid.

We for one can’t wait to see the combination of Derek Bell back in a Porsche 917 at Le Mans. If you have yet to book there is still time but be quick. We have a range of camping and hotel options so do give us a call on 0844 873 0203 to discuss.

You can join these drivers at this year’s Le Mans Classic. We have a number of camping and hotel options available for this year’s event. View the best options on our website here or call us on 0844 873 0203 to find out more.