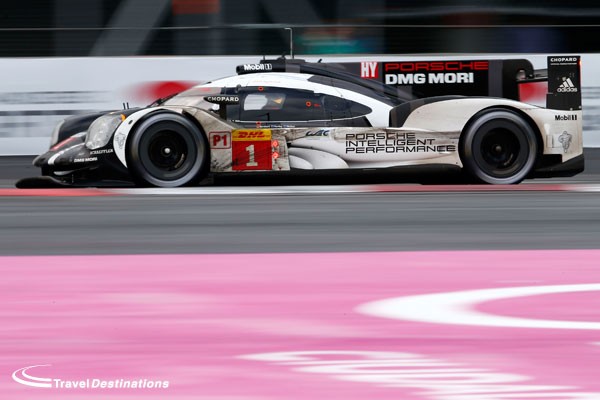 Following on from last weekend’s inaugural trip by the FIA World Endurance Championship to Central America, our man in Mexico takes us through five key post-race talking points from the 6 Hours of Mexico 2016.

1. Audi should have won
In a year that’s turning out to be very un-Audi for the long-standing German manufacturer, Audi Sport once again snatched defeat from the jaws of victory. Both the No.7 and No.8 R18s were the class act of the field on pace in the race, and in the early stages looked to be on course for a 1-2 finish. But a mixture of bad luck and good fortune for Porsche resulted in Audi coming away from Mexico with even less of a chance of winning either titles available to the LMP1 class. In the race the No. 8 had a hefty shunt after a front-left wheel bearing failure while Oliver Jarvis was leading the race, and the No.7 finished second after an extra pit stop was required following a costly error by Andre Lotterer while tracking down the leading No.1 Porsche in the closing stages.

The board will be deciding the future of Audi’s factory motorsport programmes in the coming months. If the round in Austin sees it continue its rough string of results, then it may be harder than ever to for those high up at Audi Sport to justify continuing the programme heading into 2017. And that, would be a crying shame and would send ripples across the FIA WEC.

2. Aston Martin is back!
Balance of Performance debates aside, Aston Martin Racing’s WEC GTE Pro programme has had a rough couple of years, which has seen them unable to compete for race wins on a regular basis. Mexico City – with its high altitude and its tight, slow course to race on – favoured the boys in green, and this saw them dominate all weekend. During the race, AMR were running 1-2 in the Pro class by as much as 90 seconds at one point, and only a mistake by Nicki Thiim in tricky conditions prevented a total sweep of the weekend for the British marque. All of a sudden, Darren Turner leads the Drivers Championship, and the team leads the World Cup for GT Manufacturers by three points, and seem odds on to win it all if its cars can continue their consistent points scoring performances all the way through to Bahrain.

3. The Autodromo Hermanos Rodriguez deserves its place on the WEC calendar
Disappointing crowd figures (38,000) aside, the event was run extremely well. The efforts of promoter – and LMP2 race winner – Ricardo Gonzalez paid off, with the circuit suiting the racing and the fans treated to a good fan area and selection of food and places to watch the action from. It has a long way to go before it becomes as well respected as the races in Fuji and Spa, but for year one, it’s was a very good start. When the calendar was first announced, the decision to hold a round in Mexico City was met with a lot of scepticism, but thankfully most of the initial concerns were not a real issue. It was well promoted locally and felt like a proper race meeting.

The 6 Hours of Mexico is here to stay, at least for the next two years, and that’s a good thing.

4. The Am title is very much AF Corse’s to lose

With four rounds remaining, it looks like the No.83 crew of Francois Perrodo, Manu Collard and Rui Aguas have their title dreams firmly within their grasp. Another very impressive performance in finishing second, while their title challengers – the  No. 98 Aston Martin and Larbre Corvette – faltered, seeing them head into the round in America with a 35 point lead over the Abu Dhabi Proton team. What was most eye-opening about their run last weekend was that they struggled in each session prior to the race with power. Being 7000 feet above sea level left everyone down on power, up to 25% in some cases! But for the sole Ferrari 458 it seemed as if it was doomed to finish last after being far off the pace in Free Practice and Qualifying. However, cooler temperatures on race day, an almost faultless run and being able to capitalize on the misfortune of others, leaves them the team to beat in the second half of the season.

5. The champions have found form
In the race, Porsche took the win, but the No.2 car of Neel Jani, Marc Lieb and Romain Dumas, which leads the points tally, once again was on the wrong end of the results sheet. Now, because their closest rivals in the No.8 Audi heading into the race scored just 1 point, they head to Texas with a 41 point advantage. Finishing fourth was by no means impressive, but it was enough. They will know though, that if Brendon Hartley hadn’t crashed into the Gulf Racing Porsche at Silverstone and had reliability issues at Spa then it could be a very different story. In a repeat of the Nurburgring 6 Hours, the reigning champions in the No.1 Porsche 919 were the class of the Stuttgart-based brand, and took their second win of the season. Don’t be surprised if their new found form continues in the next three months.

The next round for the FIA WEC will take place in Austin, Texas on the 17th September and much could be decided both on and off the track after that race.