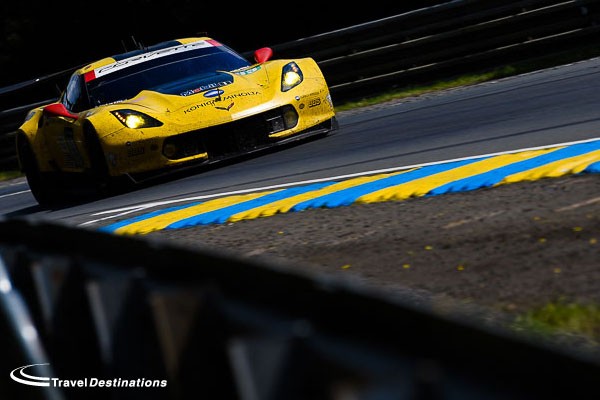 The Le Mans hype train may have reached its last stop in 2016, but the FIA WEC’s world tour still has six more rounds to run. Next week the FIA World Endurance Championship runners and riders hit the track for the first time since the Le Mans 24 Hours when the series travels to the Nürburgring for the final European race of the season. Here, our man in the stands, takes a look at some of the main talking points ahead of the fourth round of the 2016 WEC season:

Toyota to Bounce Back
After missing out on winning the race in truly crushing fashion at Le Mans, Toyota Gazoo Racing will be extra motivated to have a strong showing at the Nürburgring as it sets its target to winning the WEC World Championship. The big issue is that the points situation highly favours Porsche in both the manufacturers and drivers championships following Le Mans. Porsche leads the factory points tally by 32 points over Audi and 48 over Toyota, while Le Mans and Silverstone winners Neel Jani, Marc Lieb and Romain Dumas control the drivers standings by 39 points. The Japanese outfit has a mountain to climb in the remaining six rounds if it is to challenge for any sort of trophies this year. But you can bet that they will throw the kitchen sink at it if they have to. Ford dominance
Ford’s Le Mans victory was a tale of both triumph and anti-climax. Everyone close to the sport should have been impressed by the Blue Oval coming to Le Mans on its first year back and competing for a win; but instead were left disappointed. Anyone who followed the GTE ‘fiasco’ in any level of detail at Le Mans, knows that in the world of Balance of Performance Ford lapping four to five seconds quicker than the other cars in the Pro class on its way to a 1,3,4 at La Sarthe should never have happened. Had Ford showed such prowess from the Prologue onwards, then the ACO would have surely the been more prepared, but instead, Ford failed to reveal the GT’s capabilities until Le Mans week. You can argue that they played the game well, and they did, but at the detriment of good racing. With that in mind, going into the Nürburgring, the powers that be will have to reign the cars in somewhat dramatically to prevent further uproar. Currently Ford is on a streak though, having won both IMSA GTLM races since Le Mans, meaning the round in Germany could prove to be a crucial one for the future of the GTE Pro class if they are able to win again in convincing fashion.

Aston’s Tactical Shakeup
The sheer amount of changes to many of the driver squads ahead of the 6h Nürburgring is astounding, with some big names joining the action and some losing their drives. Aston’s movements have proved to be the most seismic though. In the AMR stable, both Fernando Rees and Jonny Adam have lost their seats in the No.97 Vantage for the rest of the season. Richie Stanaway will instead be paired up with Darren Turner, leaving Nicki Thiim and Marco Sørenesen to drive the No.95. Not only does it give the four drivers more track time at each circuit, but it spreads the points in both cars, meaning Aston can still win the GT Drivers Title with both entries as it has pilots from the No.95 — which had a better start to the season — in both Vantages. Merhi on a charge
With the Manor team improving at each race, it’s surely only a matter of time before the ex-F1 outfit takes its first LMP2 win. At Le Mans, arguably the star of the race in LMP2 was Roberto Merhi, who drove incredibly well in his 24-hour debut. He led the class and took the fight to the best drivers in the 23-strong field early on in the race before a string of issues hampered the team’s chances. The Spaniard looks like a true sportscar star in the making, and should be one to watch throughout the second half the season following his coming out party in June. Packed stands
Last year when the WEC held a round at the Nürburgring for the first time, the entire paddock left on Sunday night satisfied with its atmosphere and organisation. The event ran smoothly, the racing was good and most importantly the general public showed up in their droves. There was well over 50 thousand fans trackside at the ‘Ring on race day in 2015, which was incredibly promising to see. Hosting the final European round in one of the Meccas of Motorsport, which coincidentally is a home race for two of the three major manufacturers in LMP1 should be applauded. Keeping up the interest in the WEC each season after Le Mans is imperative in its growth and future stability. So If the weather holds out and the local promoters do their jobs, expect there to be more people watching than last year, and therefore even more positivity going into the next rounds.