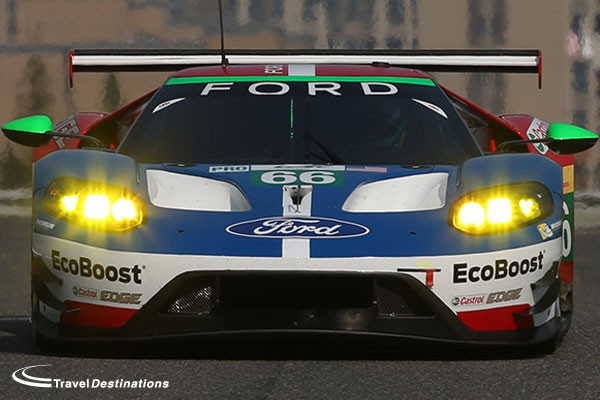 Our man in the stands has returned from the penultimate round of the FIA World Endurance Championship in Shanghai with some thoughts on where we are an what to expect next.

Audi’s performance in China was a microcosm of its 2016 season
Well, Audi has just one race left in LMP1, and its only chance of ending its season on a high is with a win, not a title. Audi bowed out of both the Manufacturers and Drivers World Championships last weekend in China, once again failing to win or even compete for a win after yet another series of miscues and poor luck. A fuel-rig issue robbed the No.8 Audi of Oliver Jarvis, Loic Duval and Lucas Di Garssi  (which was firmly in the Drivers Championship race) of a chance to win, before a clumsy incident with the sister No.7 R18 in turn ended Benoit Treluyer, Andre Lotterer and Marcel Fassler’s chance of a podium. In the end the two cars limped home a distant fifth and sixth; not what Audi wanted, especially under the cloud of its announcement to terminate its FIA WEC programme at the end of the season.
With six hours of racing left for the Four Rings, it’s going to be an emotional end, but thankfully there’s still one last chance for a send-off worthy of its 18-year-long effort.

Toyota and Porsche are neck and neck
For the second race in succession and the third race this year (including Le Mans) Toyota and Porsche looked perfectly matched. Qualifying was again incredibly tight on Saturday, and on Sunday Toyota was able to go toe-to-toe with the winning No.1 Porsche. Rotten luck stood in the way of victory for Toyota, once again. Fresh from its triumph on home turf, it looked like a second win was more than just a possibility, and in the final third of the race, the No.6 TS050 of Mike Conway, Stephane Sarrazin and Kamui Kobayashi looked set to take the lead of the race after a bold call on tyre strategy. But the team was dealt an unfortunate blow, when a second puncture on the No.6 forced the car to pit an extra time, allowing the No.1 Porsche to cruise home. Now, the No.6, by finishing second, and crucially two spots ahead of the championship-leading No.2 Porsche which continues to disappoint on pace, still has a chance to win it all. It’s an outside chance, as the crew have to win or finish second and hope that the No.2 has a woeful day, either retiring or finishing way down the order, to steal it. Never say never though, as we saw at Le Mans, never count anything out. If anything though, it’s promising that the two brands look evenly matched as the Audi era concludes.

GTE Pro at Bahrain has the potential to be one for the ages
The cyclical nature of this season’s GTE Pro results, have left all three titles in the class going down to the wire, with Ford, Ferrari and Aston Martin all with a shout of taking the title. At the moment it looks to be advantage Ford, with two-straight dominant wins, but Ford’s title chances are the slimmest of the three marques. Aston Martin narrowly leads the Drivers and Teams Championship with the No.95, Ferrari narrowly leads the Manufacturer’s Championship and Ford’s only real chance is in the Teams race, as it still lags behind in all three. If it kicks off at Bahrain though, with door-to-door action, then expect fireworks and it could be a classic. Alpine’s exceptional year ended with the LMP2 title
Gustavo Menezes, Stephane Richelmi and Nicolas Lappiere  (driver ranking debates aside) have been the class of the field in LMP2 at almost every round this year, and fully earned their LMP2 titles. It was a fitting to see the Alpine team battle with the RGR Sport by Morand battle all the way to the end at China, capping off an exciting, and at times shocking, season in LMP2. With Signatech Alpine presumably in damage-limitation mode throughout the weekend, knowing it didn’t need a podium to secure its titles, G-Drive took its second win of the season in dominant fashion. Had lady luck been on the Russian team’s side it may have been a different story this season, she wasn’t though, and Alpine became 2016 LMP2 World Champions.

AF Corse’s Am squad is almost certain to win the title at Bahrain
To keep the GTE Am championship races alive, the No.98 Aston Martin had to win; and it did. Problem was that Francois Perrodo, Rui Aguas and Manu Collard finished second (following a post-race penalty for KCMG). That means the trio hold an almost insurmountable 25-point lead heading into the Bahrain finale. The only way the Paul Dalla Lana, Pedro Lamy and Mathias Lauda can win is if they win and the No.83 retires, because by matching the Ferrari trio will mean they will win based on number of wins. It’s such a strong lead, that the No.83 car can win the title in Saturday Qualifying, by scoring an extra point. Obviously it’s not 100% certain, but Collard, Perrodo and Aguas can breathe easy for the next week or so, knowing that they’ve got the championships all-but locked up. The final round of the 2016 FIA World Endurance Chanmpionship takes place in Bahrain on the 19th November. There will be much to celebrate for the victors and wounds to lick for those without trophies, but most eyes will be moist as the Audi Sport team say goodbye.. for now.