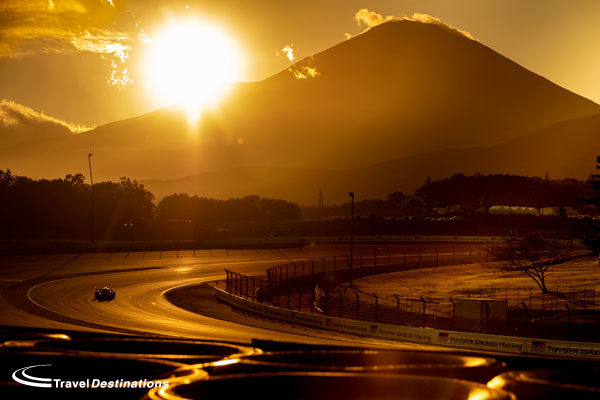 The second round of the 2019/20 FIA WEC season at the Fuji Speedway last weekend put to bed any doubts from the pre-season about the competitiveness and excitement levels that the LMP2 class could produce.

Looking at the category from afar, it is relatively easy to take shots at the lack of variety in chassis (seven ORECAs and a single Dallara) and the disparity in the driver line-ups (four of the eight featuring a Bronze-rated driver). But the opening two races, and in particular the race in Japan, have shown observers just how competitive this year’s class is, and how it can provide captivating prototype racing while the new ‘success handicap’ system introduced to balance the LMP1 privateers with the factory Toyotas takes shape.

Winning the race last week was Racing Team Nederland. The Dutch outfit, owned by successful businessman turned driver Frits van Eerd, has turned a corner this year. The switch of chassis from Dallara to ORECA and a change in the team behind the scenes to title-winning crew TDS Racing has made a huge difference. At Silverstone the team bagged its first podium, a feat which Bronze driver van Eerd said before the season opener was “something I only dream of”.

With the dream then made into reality, the team headed to Japan with renewed confidence, but cautious after van Eerd’s, quite frankly, poor performance at the Fuji circuit in 2018 (and even he would admit it wasn’t his finest hour).

The combination of van Eerd, ex-F1 driver Giedo van der Garde and newly-crowned Formula 2 champion Nyck de Vries would prove to be deadly. In LMP2, the saying is, “you’re only as good as your amateur driver”, and while that is somewhat true, on Sunday, van Eerd’s performance combined with masterful drives from his teammates, propelled the team to a shock victory.

After the race, the victory seemed rather natural, but prior to the season most would expect that the four teams that feature Silver-rated drivers rather than Bronzes would take all the wins. What made the difference here, in tricky conditions, were three things; van der Garde’s rocket start to the race, de Vries’ mercurial pace in the treacherous conditions and van Eerd’s perseverance during his stints.

Van der Garde put the team on top early with what he described as one of his “trademark starts”, slaloming through the pack in the opening two laps, climbing from seventh to the lead. From there he held station and built a foundation for his co-drivers to work from. With intermittent rain showers preventing the circuit from ever drying out completely, the conditions were arguably at their trickiest, bar perhaps monsoon-like rain which can and does hit Fuji on occasion.

But van Eerd in his pair of stints, made zero mistakes and didn’t lose as much time to the pro drivers around him during his time in the car as you may expect. This meant that when de Vries took the wheel, and he did for over three hours, over the course of two stints, he was able to fight at the front.

The young Dutchman was head-turning, producing what was one of the all-time great LMP2 drives. He stormed off into the lead and was lapping, on occasion, a handful of seconds quicker than all the other LMP2 drivers and at one point managed to set times quicker than the Toyotas.

It was one of those drives where you knew at the time it was special. And because of van Eerd’s pace, which understandably isn’t the same as some of the younger Silver-rated hot-shoes and pros, de Vries was forced to work for it. In the final hour, he was tasked with fending off a hard-charging Anthony Davidson, but made it look easy and sealed the win.

So, if what we have to look forward to going forward is a team like Racing Team Nederland having to push the envelope during each race in order to have a chance of winning further races and the title, then you won’t want to miss the remaining races this season.

Beyond Racing Team Nederland’s ‘coming out party’, High Class Racing also proved its worth too. The Danish team, new to the FIA WEC, also had a head-turning day. Regular driver Anders Fjordbach and Toyota affiliated driver Kenta Yamashita (also the current Super GT points leader) kept the team in the race for the win throughout the race, and led for an extended period. This is a team that has yet to win a race in LMP2, in part because like Racing Team Nederland, it races with Bronze drivers.

Its Bronze in the FIA WEC, Mark Patterson, had to wait until the final 80 minutes to step into the car and defend the team’s lead. Unfortunately he couldn’t hold off the slew of pro drivers behind and finished fourth. That was though, still impressive.

If Racing Team Nederland and High Class Racing continue to find form, then they, along with Silverstone revelation Cool Racing (another new FIA WEC team) and the known quantities of United Autosports, JOTA, Jackie Chan DC Racing and Signatech Alpine are all battling it out for wins on a regular basis, then we could see seven of the eight cars in the class in the title race. How many forms of motorsport can boast that level of parity and competitiveness?

You can join the Travel Destinations team during the FIA WEC this season. Read more about of offers for the FIA WEC rounds at Sebring, Spa-Francorchamps and of course Le Mans here.