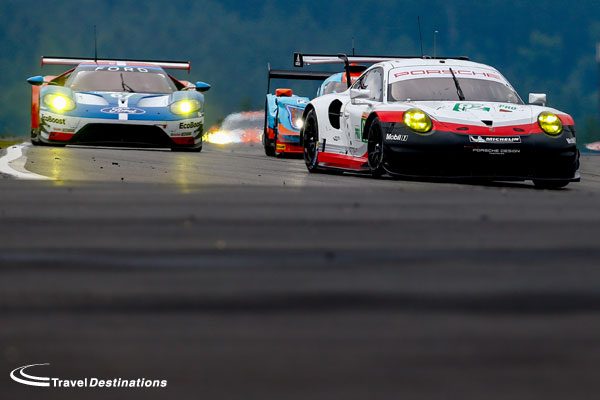 In the world of ACO sports car racing, the last few weeks have been littered with positive news stories as the FIA World Endurance Championship (FIA WEC) looks ahead to the new-look winter 2018/19 ‘Super Season’. The main source of positivity is in the top division; The grid in LMP1 is forming quickly, thanks to announcements from ELMS champion DragonSpeed, Manor and an as yet un-named Ginetta customer, who are set to take on the might of Toyota Gazoo Racing (should it opt to stay) and the initial flurry of confirmed privateers (ByKolles and SMP/Dallara).

But there is still plenty to look forward to this year, with drivers racing for contracts, manufacturers improving their machinery, and of course, FIA WEC titles set to be decided. After a rain-soaked 6 Hour contest at Fuji Speedway last month, there’s just races at Shanghai this weekend, and the Bahrain finale later in November to look forward to. Here’s five story lines to follow as the season reaches its conclusion, and the hype-train for 2018 leaves the station:

Porsche’s final LMP1 dance
Prior to the weekend at Fuji, it looked as it the Manufacturers and Drivers World Championships in LMP1 were all but over. However, a Toyota 1-2 and Porsche’s leading protagonists finishing only fourth in the race means the title races are set to continue, at least until this weekend’s trip to Shanghai. The upcoming meetings are, of course, the last time we are set to see LMP1 factory hybrids fight together (for the foreseeable future) with Porsche deciding to park their programme, leaving the door open for the exciting prospect of privateer entries, from a variety of nationalities, with a mix of chassis’ and engines.

That is not to say you shouldn’t be making the most of this racing, because it is the end of an era of prototype competition that has seen technology pushed to its limits in the name of sport. Rarely disappointing, and always mind-boggling, the hybrid era as we’ve known it has provided us with some of the most memorable racing in decades, not just in sports car racing, but in motorsport in general. Can Toyota take the drivers title down to the wire, with Sebastian Buemi and Kazuki Nakajima now 39 points back? There is a real possibility. And that aside, it should be a thrilling conclusion, no matter what the outcome.

Aston Martin saying goodbye to the old Vantage
It has been a strange, but ultimately successful year for Aston Martin Racing, which with an increase in factory funding, won the top Le Mans GT class for the first time since 2008. In the FIA WEC races outside of Le Mans though, it has been a mixed bag of results, with the two pro-class Vantages struggling for pace during the flyaway rounds.

The British marque though, will be aiming to end 2017 on a high, as it is out with the old  and in with the new for 2018. While the current 2016-spec Vantage is set to continue racing in the FIA WEC’s GTE Am class going forward, these two season-ending FIA WEC bouts will likely be the last time that we see the car run ragged in the Pro class with full-house factory talent behind the wheel.

A tight fight in LMP2
LMP2, despite lacking the usual variety in chassis, has been the class to watch quite often this year. With two races to go it is set to be a guns out fight between Jackie Chan DC Racing, Vaillante Rebellion and Signatech Alpine for the LMP2 title. Initially, Thomas Laurent, Oliver Jarvis and Ho Pin Tung looked destined to take the drivers title, after winning at Silverstone and Le Mans. But since the season headed further afield, their lead has been reduced to just 10 points. Can the leading trio hold on? or will Rebellion and Alpine close the gap and then take over the reins at the top of the shop?

Too close to call in Am
Like LMP2, the fight in GTE Am for the FIA WEC title is between three teams, but even closer. GTE Am has frequently produced the best, and most unpredictable, racing in the field this year. A remarkable feat considering the class is just five-cars strong.

So, take your pick, Singaporean outfit Clearwater Racing; which knows Shanghai particularly well from its former Asian campaigns, Aston Martin Racing; which has the most experienced drivers of the bunch with the longest-standing driver squad (of Mathias Laura, Paul Dalla Lana and Pedro Lamy), or Dempsey Proton Racing; which has a line-up made up of veteran Christian Reid and hot shoes Marvin Dienst and Matteo Cairoli. So far this year there has been little to separate them, therefore, betting your mortgage on one of them, isn’t advisable.

The end of the GTE Pro title race
Similar to GTE Am, GTE Pro, has seen multiple teams, manufacturers and drivers go toe-to-toe all year, making for a thrilling title battle. With Aston Martin’s string of tough results putting them out of the title race, and Ford’s hopes dented by the No.67 having a poor run at Fuji, it appears that Ferrari vs Porsche is set to be the deciding duel this year. The Ferrari 488, in the hands of AF Corse, is a formidable force and has won multiple races this year. The new Porsche 911 RSR meanwhile, has snuck into the points race due to consistency, still searching for its maiden FIA WEC win after coming close on multiple occasions since Le Mans.

The selection of drivers is second to none in GT terms. As is the sheer quality of the teams on display. With Aston’s new toy and BMW’s M8 GTE programme on the horizon for 2018, the final two races this year are a good appetizer for what is to come in the next 12 months.