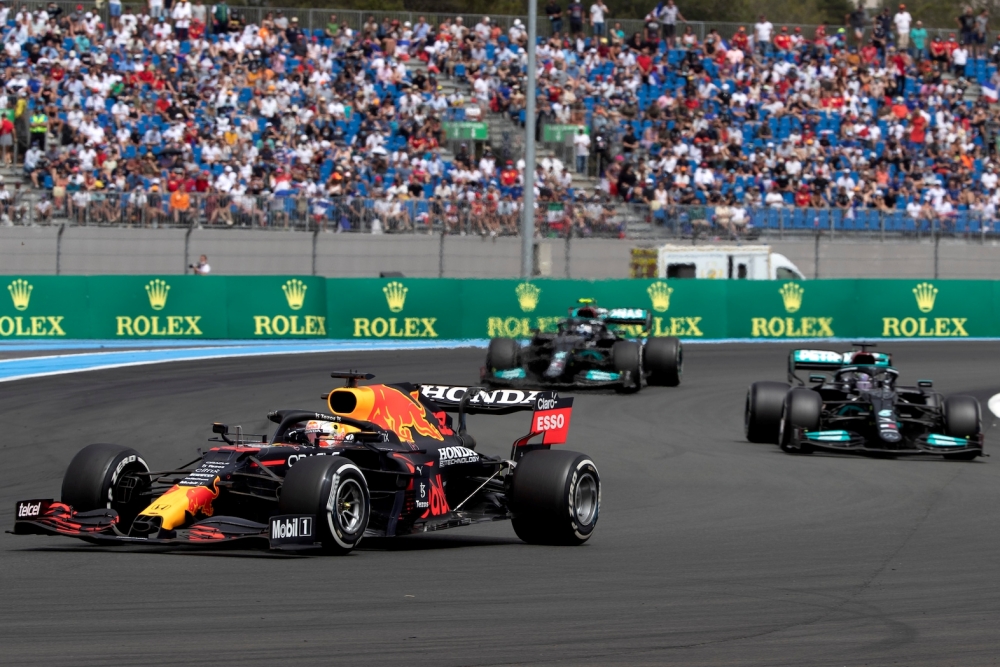 We’re almost a third of the way into the 2021 Formula 1 season and it’s shaping up to be a title race for the ages between Red Bull Racing’s Max Verstappen and Mercedes’ Lewis Hamilton.

Now is a good time to take stock in what we’ve seen from the season so far, with so many storylines now emerging for the crucial middle portion of the season which features four races in the next six weeks.

For Travel Destinations too, the upcoming months are hugely significant, as we will be sending fans to both the Belgian and Dutch Grands Prix over the summer for the first time.

A title race for the ages?

If there’s one thing we have learned from the opening races of the 2021 season, it’s that for the first time in a long time, Red Bull Racing look capable of sustaining a title challenge all the way through the end of the season. The RB16B chassis looks strong all-round, the Honda power unit can go toe-to-toe with the Mercedes and Max Verstappen has now matured as a driver to the point where he is able to put in consistent performances in Qualifying and the Race week in, week out, to put himself in contention for a maiden World Title.

As it stands after seven races, Verstappen leads the title race, having won the Emilia Romagna, Monaco and French Grands Prix. Hamilton meanwhile is 12 points back, also with three wins under his belt thus far. What’s intriguing is that the Mercedes ‘empire’ has shown off cracks in its armour that in prior seasons, didn’t appear to be there.

In the opening races of the season, Mercedes’ strategy on the pit wall appeared to have the edge on Red Bull’s, with Toto Wolff and co. making bold calls at Catalunya and Bahrain to get Hamilton the edge on Verstappen, who on paper, had the faster of the two cars at the circuits in question. However, the tables have turned since Hamilton’s last win at the Spanish Grand Prix, as Red Bull has since won three races on the bounce for the first time since 2014, and strategy has played a huge part in that.

This was most evident at last weekend’s French Grand Prix, where Verstappen fell back to second at Turn 1 at the start after making an error under braking. The team played the long game and gambled on it being a two-stop race, while Mercedes stuck to a single-stop plan, resulting in a thrilling finale which saw Verstappen on fresher tyres fight his way past Bottas and later Hamilton to claim the victory.

Verstappen’s victory in France followed a remarkable Azerbaijan Grand Prix, won by Sergio Perez, in which the Dutchman suffered a race-ending puncture on the pit straight that sent him veering into the wall at over 200kph. The clean-up required caused a red-flag period and restart with a two-lap dash to the flag. Hamilton had, effectively, a free hit to take a win and the championship lead, but ended up locking up hard and ending up in the escape road at Turn 1. An accidental tap of the ‘brake magic’ button, which shifted the brake bias to the front, made him a passenger when he slammed on the anchors to make the apex. It was an uncharacteristic mistake which may well prove incredibly costly by the end of the season.

There’s still plenty of racing to come, 16 races to be precise. But right now, it’s advantage Max and Red Bull, with Mercedes looking rather unsettled as the season enters a critical phase.

The performance of their co-drivers, Sergio Perez and Valtteri Bottas may well go a long way in deciding this year’s title too.

Thus far Perez has proven to be the better of the two ‘support artists’, winning in Baku and finishing on the podium last time out in France, solidifying third place in the points. And it feels like there’s more to come from the former Racing Point driver as he gets used to his new surroundings.

Bottas meanwhile has looked out of sorts, lost at sea. Three podiums in the opening four races have kept him within shouting distance of his Mexican counterpart, but two retirements a 12th place finish in Baku and a lacklustre fourth at Ricard have seen him drop to fifth in the standings.

It is still relatively early days though. By the time we head to the flyaway races later in the season we should have a clearer indication of which way this season is going, for now though, we’ll just have to sit back and enjoy the racing.

Much like the fight up front, the mid-field battle this year has been thrilling and entirely unpredictable thus far.

McLaren, Ferrari, Aston Martin, Alpine and Alpha Tauri have all shown flashes of brilliance at various points, and look set to fight for the unofficial ‘best of the rest’ moniker all the way to the end of the season.

For McLaren and Ferrari, it’s been a particularly strange season. At times, both have been able to fight for podium finishes, and even wins, but there’s been a wild inconsistency to both camps. Lando Norris has been the most consistent of the four drivers in question, scoring two podiums and a further four top-five finishes. The other three meanwhile, have struggled to finish in the top five consistently.

Charles Leclerc has had perhaps the strangest campaign of the bunch to this point. The Monegasque driver has a pair of Pole Positions to his name, but was unable to convert either to a race win.

First was on the streets of Monaco, for his home race, where he set the pole time before crashing out of the session. He was then unable to start the race due to a driveshaft issue, leaving the door wide open for Verstappen to have an uncontested run to the flag. Next time out at Baku he snagged pole again, but in the race didn’t have the pace to challenge for the win and was unable to capitalise on Verstappen and Hamilton’s late race woes

This has been the case throughout the season, over a single lap, on the right circuit, Ferrari’s 2021 car has had the pace, but issues with top speed and tyre temperatures have ultimately prevented the Scuderia from claiming a victory. Ferrari seems a year or two away from contending once again, but at a point where a new regulation cycle is set to start next year. Like McLaren, it’s been a rollercoaster since their last title win, with few highs to speak of. Both camps will be hoping for a change in fortunes soon.

Want to be trackside this year? Travel Destinations’ packages for the Austrian, Belgian and Dutch Grands Prix are still on sale. Contact us on 01707 329 988 or info@traveldestinations.co.uk to find out more.