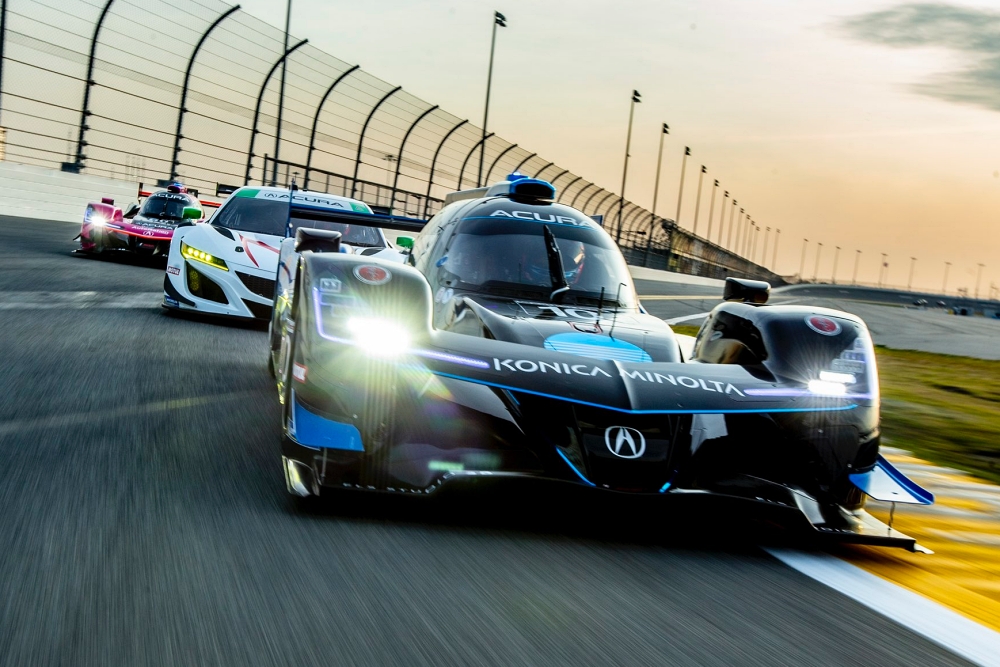 And then there were three…

The news yesterday that Acura is set to continue its presence at the top of IMSA with an LMDh programme from 2023 onwards is extremely important for the future of sportscar racing in North America. It now means that along with Audi and Porsche, three manufacturers are signed up for the new ruleset, giving credibility to not only the LMDh platform, but the ACO and IMSA’s top class convergences plans too.

The short of it is, that in 2023 we are due to see Audi, Porsche and Acura racing with the LMDh platform and Peugeot, Toyota and Glickenhaus racing Le Mans Hypercars, with the potential for all six to come together for the Le Mans 24 Hours and the big IMSA races at Sebring and Daytona. That’s without any further announcements from other interested manufacturers such as Mazda, McLaren and Ferrari that are all known to be taking a close look.

This commitment to LMDh from 2023 onwards makes perfect sense for Acura. It has a long history of competing in sportscar racing in North America, through the IMSA GTP, American Le Mans Series and IMSA Weathertech eras. It has always seen value in competing for victories in big races at circuits across its core market in the USA against brands it views as direct competitors.

Details are scarce at the moment, though one would expect Acura will pour a lot of resources into its LMDh programme, especially if it hopes to keep its two new customer teams – Wayne Taylor Racing and Meyer Shank Racing – onboard beyond the DPi era.

There are two big questions in the immediacy of this announcement:

The first concerns the programme overall. In simple terms, what will it look like? At present we don’t whether or not it will race alongside its customers as a full factory team, focus purely on creating a customer base and boosting it with technical and financial support, or centre its entire effort exclusively around one private team as it did with Penske?

The second concerns its chassis partner, specifically: will it stick with ORECA? While Acura hasn’t quite found the level of success it hoped for with its DPi to this point with Penske (zero wins at Daytona the key omission from its list of accolades in recent years), continuing this relationship appears on the face of it to be the obvious choice. Why? Because continuity is important, and ORECA’s expertise in LMP2 chassis development is incredibly valuable.

In the longer term this would make sense too, especially if it begins to look at taking a seat at the table for the next generation of sustainable motorsport beyond the (cost effective) mild-hybrid solution that LMDh presents in the short to medium term.

Honda (which Acura is the luxury division of) recently announced that it will be withdrawing from Formula 1 as an engine supplier after 2021, and stated that it is looking at developing ‘zero emission technologies’. Now this is pure speculation, but, stars have seemingly aligned here. With ORECA (its current DPi partner) and Red Bull (its Formula 1 partner) now involved in developing a chassis for the forthcoming Le Mans Hydrogen category, surely Honda would, at the very least, consider being a part of the ACO’s ambitious future vision from 2024 onwards?

That leads us to Le Mans. Will Acura compete at Le Mans with its LMDh chassis? This is not a given, as the entire programme is funded from North America. However, while Le Mans 24 Hours does not take place in a target market for Acura, it does for Honda.

The solution to this problem is simple: swap the badges. Its presence in the Intercontinental GT Challenge provides an interesting case study, as the factory effort from Honda sees the NSX GT3 compete badged as a Honda in Belgium, Australia, South Africa and Japan, and an Acura in the USA. This also occurred just over a decade ago, when Highcroft Racing came over from the American Le Mans Series to race at the 24 Hours running its LMP2 Acura badged as a HPD alongside Strakka Racing.

The precedent is already there. You would like to think that the proposition of taking its LMDh to Le Mans for a one off with a chance of winning overall will be too good to pass up? Convergence between IMSA and ACO regulations exists to cater for this very scenario after all…

Besides, even if Acura as a factory decides it doesn’t want to take cars to Le Mans, there’s nothing to stop a customer team such as Wayne Taylor Racing or Meyer Shank Racing making the trip across the Atlantic on its own.

LMDh is coming though folks, and it looks to be a smash hit, featuring multiple major manufacturers. Patience is paying off for IMSA President John Doonan and his team behind the scenes, who have worked tirelessly since the change of the guard last year to secure the championship’s future.

“Given the commitments already announced, and the number of auto manufacturers that continue to study LMDh as a marketing and technology platform, there is a tremendous amount of momentum for the future of our sport,” Doonan pointed out in the wake of Acura’s announcement.

“Our loyal fans worldwide are in for a real treat.”