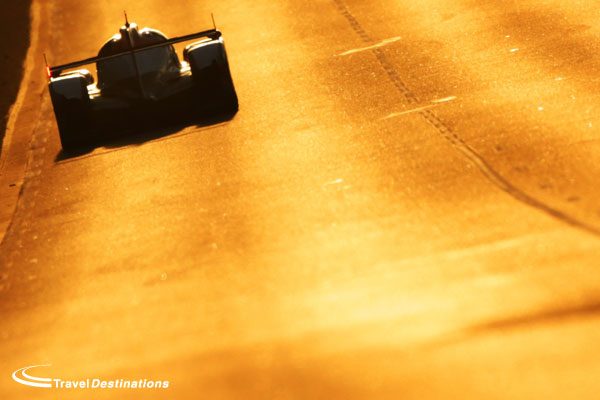 Looking ahead to the FIA WEC 6 Hours of Fuji

The FIA World Endurance Championship “Super-Season” continues this weekend in Japan, with the first non-European flyaway of the year. The race at Fuji Speedway is one of, if not THE, most popular rounds of the season among traveling fans, media and the teams. It is a stunning country, with a lot of character, and a motorsport history and culture many nations aspire to. Fuji Speedway itself is a real test; it’s a circuit with a near-endless pit straight, as well as a mixture of medium and slow speed corners. When rain doesn’t intervene, (we’ll get to that later), it provides thrilling racing. We hope that tradition continues this weekend, as the FIA WEC heads to the sleepy town of Gotemba for the seventh year in a row.

Will the Equivalence of Technology changes give us a race in LMP1?
While the points standings tell a different story, the on-track action in the LMP1 class this year has failed to live up to the extremely high bar set over the past four or so years. Toyota, being the powerhouse it is, has dominated, in every facet, and only really faces a threat from the No.3 Rebellion R-One in the points standings because both its TS050 HYBRIDs were disqualified from the race at Silverstone after finishing first & second. 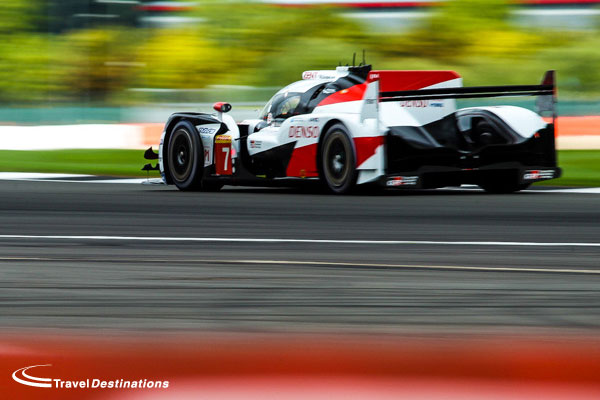 In order to combat that, the ACO and FIA has opted to change the Equivalence of Technology in the class (with the approval from Toyota), to try and give the privateer field a bit more of a chance. Whether or not the difference will be significant though, is still very much up for debate. For this weekend’s race, the Toyotas will run with more ballast, putting weight in the cars the only real way to make a key difference in the disparity on the pace-front over the course of the race. In addition to that, the privateer’s artificial restriction on stint length (lap cap), which was quietly dropped at Silverstone has now been officially thrown out. Before, the non-hybrids were forced to pit more often and for longer than their hybrid counterparts; it was a decision which was originally made to help along the image of the Toyotas being more efficient. Understandably, there was a lot of feedback, and after three dominant showings from Toyota, clearly a change was needed.

Any time a private outfit takes on the resources of a huge corporation like Toyota, it is never going to be a fair fight. Few were under the illusion that the privateer prototypes, of which all but one were brand new at the start of the season, would be able to go toe-to-toe with the impressive, and proven TS050. But a sniff of competition is still needed to keep it at the very least interesting. We will see this weekend if Rebellion can continue to mount a title challenge and beat Toyota without post-race penalties. It will be tough, especially as Toyota has won at Fuji five out of six years. But, if they can, then the rest of the ‘Super Season’ will look far more interesting!

Will this be BMW’s big weekend?
It’s fair to say that so far this season, BMW has had a quiet showing with its new M8 GTE in the FIA WEC competition. The German marque, which has secured strong finishes with its parallel IMSA programme, but in the WEC there’s been little to shout about. A bit of a factor is of course the Balance of Performance that governs the class. This year, the second for the new automated system, it has not quite provided us with the parity seen in 2017. But, with new machinery, comes new challenges, and it appears that the FIA and ACO’s system is going to attempt to rectify that. BMW will benefit from a lighter car, and an increase in boost pressure. The MTEK-run Bavarian crew will hope that this is enough to see them earn a podium for the first time in the WEC. 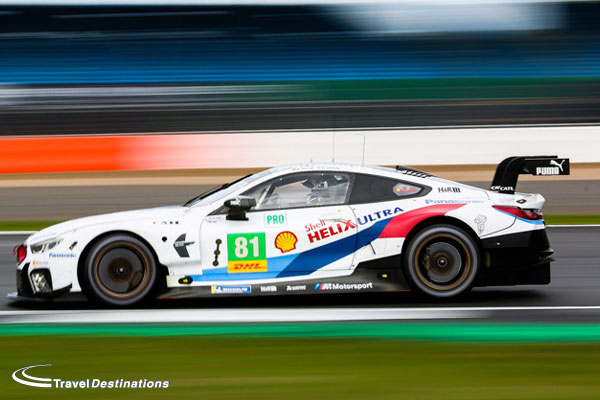 Elsewhere in GTE Pro, Aston Martin is looking for a similar change in form, though it heads to Japan with no change to its Vantage AMR’s Balance of Performance. That may seem strange, when you consider that like BMW, Aston’s new toy has yet to earn any silverware, but let’s not forget that at Silverstone, early in the race, the signs were there that the car can compete in its current state. If the change isn’t enough, then Ford, Porsche and Ferrari will again be the contenders here, with their proven machinery, that already has experience of Fuji under their belts.

WIll Alpine’s Le Mans news push them towards a big finish in Fuji?
The biggest LMP2 story since Silverstone has been the Le Mans results being confirmed. Alpine now officially has won the LMP2 class after G-Drive Racing/TDS Racing’s failed appeal. Thoughts and feelings about the process and length of time the FIA Court of Appeal’s decision took to be made aside, this is a huge bit of news. This means that the French team has two LMP2 wins at Le Mans in three years to its name, and heads to Fuji with the championship lead. 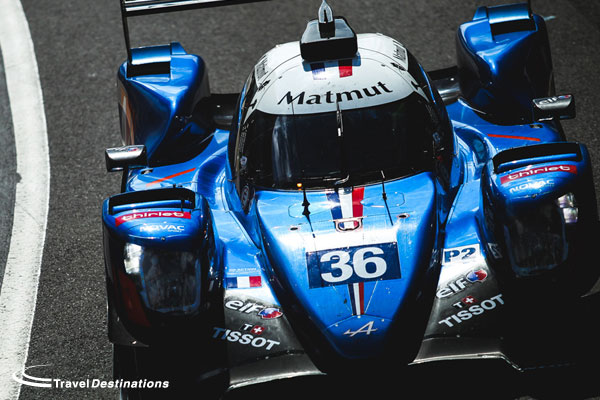 At Silverstone, Jackie Chan DC Racing rediscovered its 2017 form and scored a memorable 1-2, but don’t expect things to come so easy this time round. There will be plenty to play for here, especially with the weather set to be a factor again. Watch out for Racing Team Nederland’s Dallara here, if there is lots of Full Course Yellows and safety cars and the team can burn Frits Van Eerd’s driving time early, then the combination of Guido van der Garde, Nick De Vries and Michelin tyres on the Dallara could be a lethal one, and spring a surprise.

Rain, rain, go away
Due to the time of year the 6 Hours of Fuji is held each season, weather is always a talking point before the weekend, and often proves to be a factor. Last year heavy rain meant much of the race was spent under Safety Car conditions or a red flag, which was a real shame, especially when considering that in the past we had a race that only lasted 16 laps because of the conditions track-side deteriorating so much, so fast. 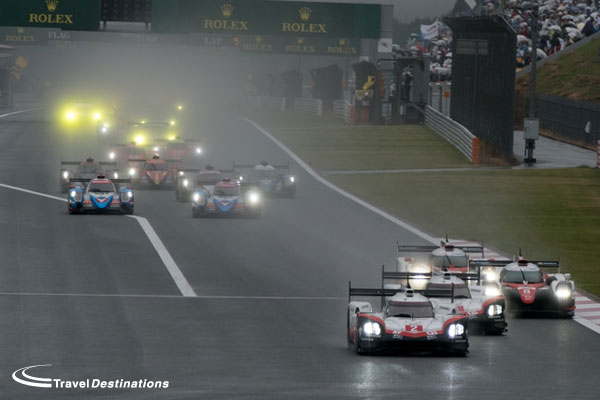 The forecast as it stands doesn’t look good, but it can change quickly. Some members of the paddock will welcome light rain to spice things up, but many will spend the whole meeting praying that it stays completely dry, as Japan is a long way to go to sit under an umbrella.

Can anyone stop Proton?
A win at Le Mans, and at Silverstone has given Christian Ried, Julien Andlauer and Matt Campbell a comfortable lead in GTE Am. The trio, who pilot the No.77 Proton Porsche 911 RSR now hold a 33-point advantage over Clearwater Racing’s crew of Keita Sawa, Matt Griffin and Weng Sun Mok. Project 1 Racing are third, a quiet but encouraging run through the opening races of the season leaves Egidio Perfetti, Jorg Bergmeister and Patrick Lindsey in 35 points back, with a chance to vault themselves into the title race at the halfway point of the season.

Like LMP2, the points are the same in the Drivers and Teams standings. GTE Am’s Balance of Performance changes aren’t as extensive as Pro, with just small weight changes made to the Porsches and Aston Martin Vantage GTEs. The two cars are now due to race with an extra 10 and 5kg respectively. It will be interesting to see how the Ferrari teams benefit, especially an outfit like Clearwater, which should shine at Fuji. Weng Sun Mok has a ton of experience racing there over the years, and Keita Sawa is an instructor at the circuit.

The FIA World Endurance Championship continues in the 2019 at Sebring, followed by Spa-Francorchamps and Le Mans. Travel Destinations will be at all these events and you can join us too. Click on the event name above to learn more.