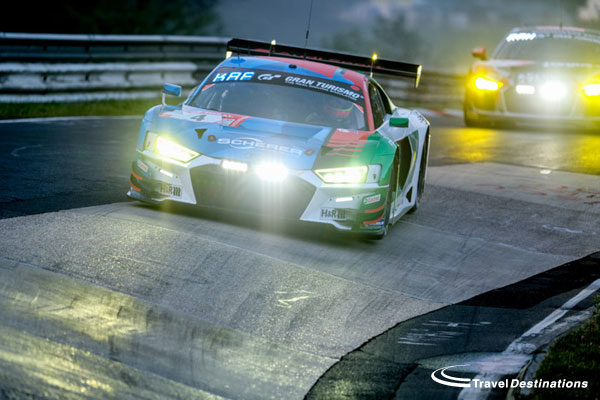 Last weekend’s Nurburgring 24 Hours was ‘old school’, in almost every way. It featured a smattering of factory teams, and twists and turns throughout. Despite the form of the region the circuit sits in weather didn’t play a part this year, but drama certainly did. With almost every contending car finishing the Nurburgring 24 Hours filthy and damaged, and a combination of mechanical issues and incidents mixing up the order at steady intervals, it was an encounter we won’t forget in a hurry. Ultimately it was Audi’s day, after Mercedes and Porsche came achingly close. And it served up some interesting talking points.

Safety changes and smaller entries are not ripping the heart out of this race
Safety is paramount at a circuit like the Nürburgring Nordschleife; it is long, narrow, and features little or no run-off. With such a mixture of machinery permitted to compete in the Nurburgring 24, ensuring that the drivers and fans aren’t in too much danger is important. In recent years so much action has been taken to improve the circuit’s safety, as huge incidents over the years have threatened not just the Nurburgring 24 Hours, but the viability of the circuit in the modern day. But the ongoing work continues to retain the spectacular nature of the historic forest circuit while making necessary the improvements. 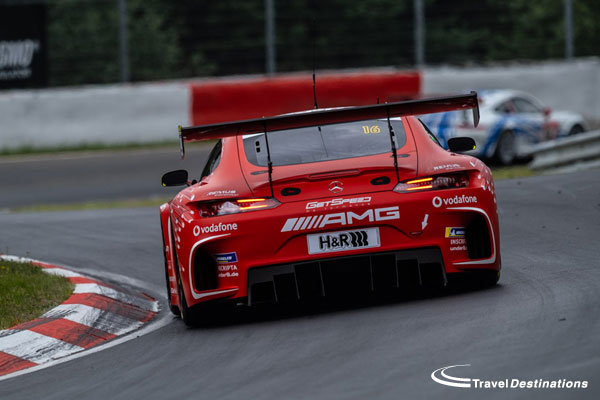 This year much of the circuit had been resurfaced, and the SP9 GT3 cars had to run slightly down on power. That, coupled with a smaller entry list of just over 150 cars, on paper, may appear to be tweaks against the spirit of this historic endurance race. But, once the cars got going, it made little difference to the excitement levels. In fact, with a little more space and less traffic, it prompted the top drivers to push even harder. The racing was spectacular and the variety in the field is still very much apparent. Of course, just 10 years ago the N24 used to run with around 250 cars, but in hindsight, that may have been just too much. What we have now, is a better selection of cars, driven by a smaller cabal of drivers that all have to work harder to earn the right to race. It’s making for a better race, and this year’s edition proved that. We still had a huge field of GT3 cars racing on the same track as Opel Mantas, VW Golfs, Opel Astras and an armada of cup cars, on arguably the most spectacular circuit on the planet. Long may this continue.

No rain? No problem!
It has become almost a rite of passage for fans of the Nurburgring 24 Hours to have to spectate in a combination of blazing sunshine, heavy rain and even snow on occasions, sometimes within the same hour. But this year, aside from Free Practice being stopped due to heavy rain, the weather gods were kind to those at the ‘Ring. Some, may complain, as rain only adds to the spectacle this race can deliver, but this year, we had just as many thrills and spills without a drop of water falling on the circuit. There was a battle for the lead, where Kevin Estre in the No.911 Manthey Porsche took to the grass on the Dottinger Hohe at full speed to make a pass, and hours of squabbling for the podium places. That’s not to mention the amount of offs there were on the bone dry circuit. Drivers up and down the order pushed unbelievably hard, and were going to extreme lengths to make passes through traffic. All the cars that made it to the end, and around 50 retired, looked battered, covered in dirt and tank tape. If you tuned in just for the finish you’d have taken some convincing that this was a dry race, as the drivers and cars all looked like they’d fought through rain and shine as well as night and day. 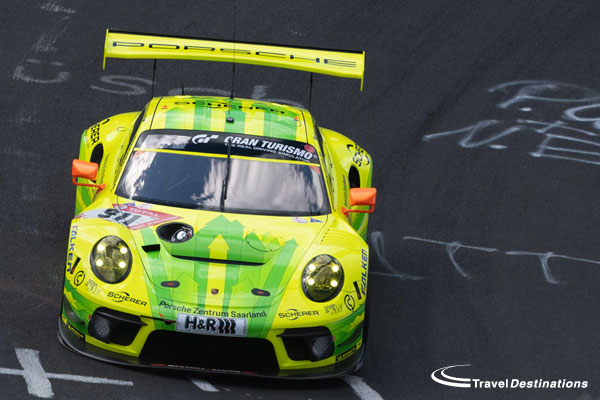 BMW’s worst nightmare?
Just a week on from BMW’s disappointing final FIA World Endurance Championship appearance with its GTE Pro M8s, the Bavarian brand had a disastrous outing at the N24. The customer teams, ROWE Racing, Walkenhorst Motorsport, Falken Motorsport and Team Schnitzer, who all received some level of support from the factory had a tough time. The speed of the M6 GT3, which has yet to win the N24, wasn’t there, and neither was the reliability.

Almost the entire fleet of BMWs were out of this one by the quarter race mark. ROWE Racing’s team manager Hans-Peter Naundorf claimed that this year’s N24 was “the worst 24-hour race we’ve ever had”, and he was right. The Falken M6 GT3 was the only one that managed to finish high up the order, but multiple issues meant the team spent almost the entire race fighting back from laps down rather than for a podium. It really was a disaster, especially in a race that features all of its key domestic rival brands, who all had a better showing. This may sound hugely negative, but this should spur on BMW to come back stronger next year. And that will be a sight to see. BMW is the brand with the most overall wins at the Nurburgring 24, it has a proud tradition and history of success. But its last win was a very long time ago now. How long? Back in 2010, when GT2 cars were the top dogs in the field. The SP9 GT3 era hasn’t been kind to BMW M-Power. 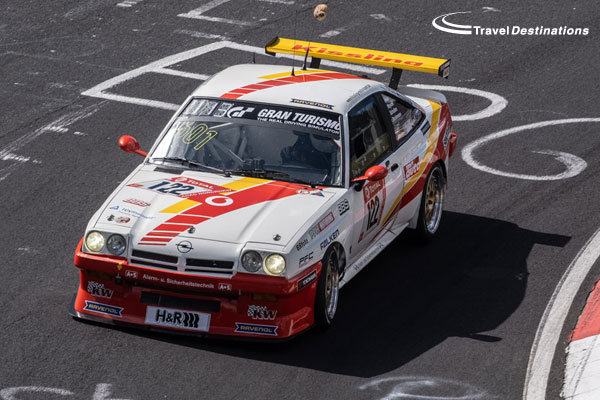 Audi has still got it
Audi on the other hand, played a blinder last weekend with its customer teams. The R8 LMS pack didn’t have the outright pace to win this one, but as always, Audi stuck to its longstanding strategy of outlasting its competitors. Rarely has Audi won big endurance races over the years, in GT or prototype racing, with the fastest car. When attrition sets in the ‘Four Rings’ always rises to the top. It wasn’t a perfect race for the teams racing with R8s, as punctures and incidents did put Car Collection and Land Motorsport’s challenges to a premature end. But Phoenix Racing, which has a history of winning the ultimate prize at the ‘Ring, was there to pick up the pieces when other cars hit trouble, and crucially, when the No.911 Manthey Porsche, which led the race for 14 hours, was handed a huge five-minute 32-second stop-hold penalty for speeding in a yellow flag zone. Audi has now won the race five times, and Phoenix has emerged victorious four times. The marque’s main focus may appear to be on Formula E since its LMP1 exit, but it continues to put resources into its customer GT programme, and it is paying off.

You can join us track-side at the Nurburgring 24 Hours 2020 and we are on sale now. Visit our Nurburgring 24 pages on this website now for more details.