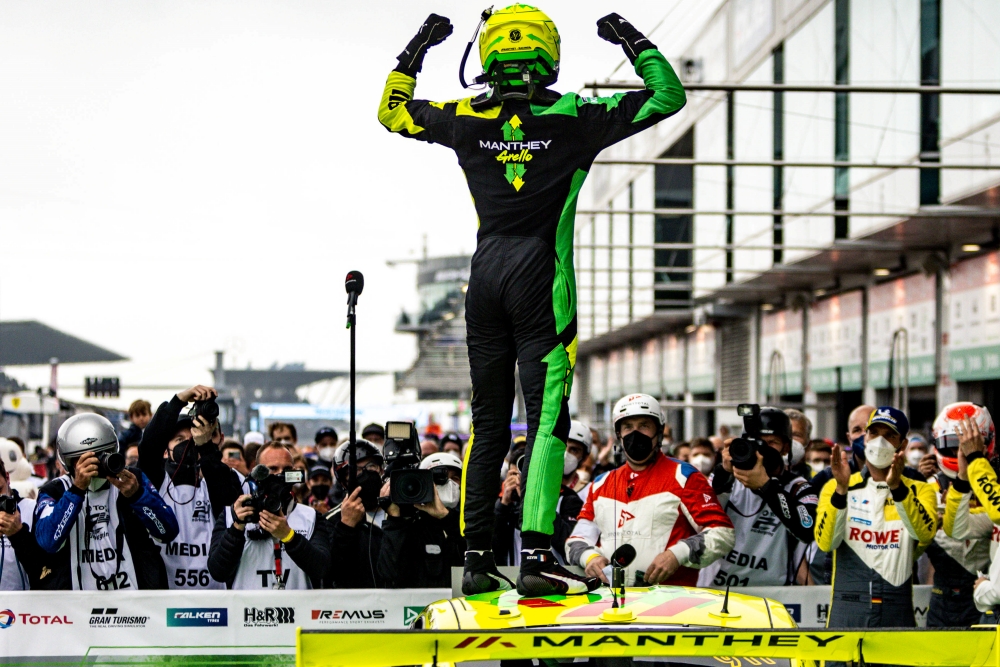 It’s not easy to write a full debrief column on a weather-shortened 24-hour race that ran for only nine hours. Yet here we are, with another Nurburgring 24 Hours in the books, one which saw plenty of thrilling race action, but also plenty of inaction due to rain and fog stopping play.

Congratulations first to Manthey Racing. The story of the weekend, beyond it being the shortest ever Nurburgring 24 Hours with only 59 laps completed, is that Olaf Manthey’s crew scored a historic seventh win at the event, and on the team’s 25th anniversary.

To put this into context, Manthey Racing has become such a force at the Nurburgring over the years that it has more overall wins than Ford, Audi, Chrysler, Mercedes and Opel. Only Porsche and BMW, as OEMs, have more wins, and of Porsche’s 13, more than half have come from the Manthey outfit which has claimed all of Porsche’s wins since 2006.

It is a truly remarkable feat to win the race just once, let alone seven times. At this point, in a race often decided by luck, this level of success it really isn’t about luck, it is a product of hard work by the team and is a testament to the quality and durability of Porsche’s modern GT cars.

“We’re incredibly proud that we managed to win the Nürburgring 24-hour race on our 25th anniversary,” said team principal Nicolas Raeder. “It was a very short but extremely intense race. We didn’t compete last year and I’d almost forgotten how exciting it is. The team and the Porsche back office worked brilliantly. We didn’t make any mistakes, and that gave us the leading edge in the end.”

While most of the race was lost to adverse weather (thick fog and heavy rain), you couldn’t take your eyes off the racing we were treated to at the start and end. From the word go on Saturday the drivers knew they had to act fast as all signs pointed to a stoppage, so making moves quickly and securing positions high up the order was key.

Kévin Estre, Michael Christensen and Matteo Cairoli turned out to be the best crew in SP9, finishing nine seconds ahead of the #98 ROWE BMW M6 GT3 which couldn’t quite find a way to defend the team’s 2020 victory as Estre held station over Sheldon van der Linde following the final round of stops.

Prior to the final 3.5-hour dash the team’s sister #1 looked most likely to put BMW on the top step of the podium. But the M6, which took pole and led the race after the restart on Sunday, suffered an electrical issue in the closing stages which forced it into retirement.

Another contender, the #4 HRT Mercedes AMG, also faltered late in the race and dropped out of contention after Maro Engel had an off at Tiergarten. Engel was one of many drivers to fall victim to the circuit and the conditions late in the race, which proved to be incident-filled.

The best of Mercedes’ challengers was the #7 GetSpeed example that completed the podium behind the #98 ROWE BMW. Raffaele Marciello, in the zone late in the race, made a bold move on the #44 Falken Motorsports Porsche in the final 10 minutes as part of a thrilling five-car scrap for the final trophy-winning place. It was a heart-breaking end to the race for Falken, which had its eyes firmly set on a podium.

Audi meanwhile, which has been a force at the ‘Ring in recent years, could only muster a fifth place finish with Team Car Collection in what proved to be a rather quiet weekend for the ‘Four Rings’. It wasn’t a particularly memorable event for the non-German makes, as the best of the rather small bunch was the Phoenix-run WTM Ferrari 488 GT3 Evo 2020 which came home 13th.

Outside of SP9, the Space Drive Racing steer-by-wire Mercedes AMG GT3 beat Glickenhaus to SPX honors with a 16th place overall finish. An impressive run for the car, which put its new steering-column-less tech to the test in a 24-hour race for the first time with a GT3 car. Glickenhaus did finish though with its 004C, picking up a 20th place finish, making it the best of the non-GT3 cars in the race.

When we look back on the 2021 edition of the race, what will we remember? While the racing was superb and Porsche added another chapter to its storied history at the Nurburgring, much will be said of weather which stole the headlines. Here’s hoping for a bit more sunshine when the fans return in numbers next year.

If you want to be at the event next year for the 50th anniversary edition of the Nurburgring 24 Hours in 2022, call us on 01707 329988 or email info@traveldestinations.co.uk to make a booking.