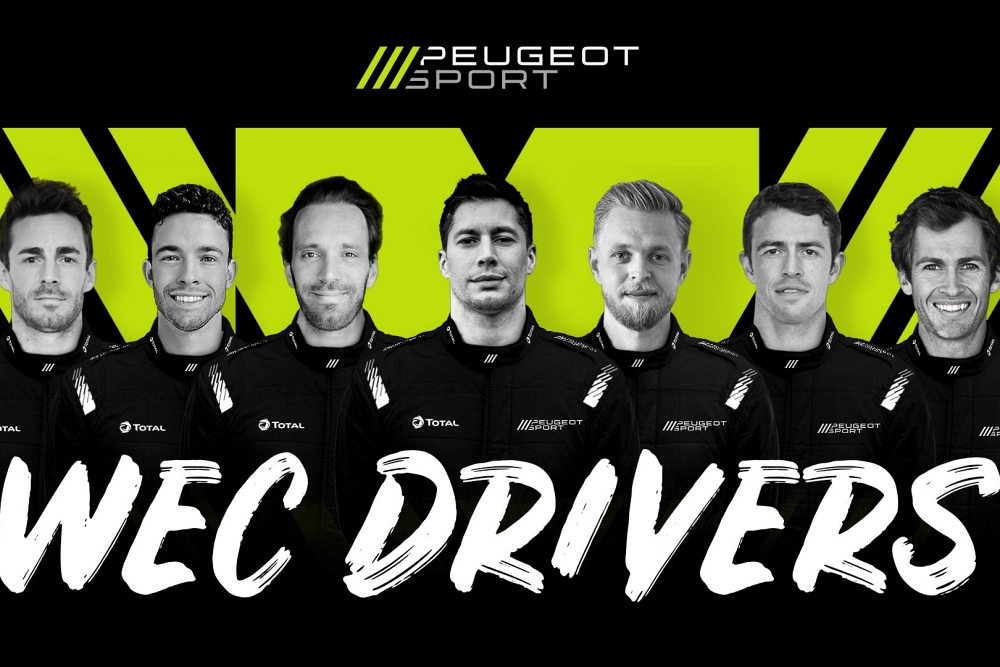 The 2021 FIA World Endurance Championship campaign hasn’t even begun and already excitement is building for the 2022 season. The past few months have been packed with positive sportscar racing news, with Toyota revealing its GR010 HYBRID Hypercar, Porsche, Audi and Acura all committing to the LMDh formula and Glickenhaus and Alpine revealing their Le Mans Hypercar class driver squads for the upcoming season.

After a steady stream of news from the aforementioned collection of OEMs almost weekly since last November, today it was Peugeot’s turn to make the headlines with more information concerning its 2022 Le Mans Hypercar effort.

The French marque, which is returning to the Le Mans 24 Hours after a decade-long hiatus, has revealed more information about the status of its new chassis and named a roster of seven drivers for the 2022 season.

Let’s take a look at the most important aspect first: the car itself. Peugeot has opted to create a Le Mans Hypercar because it allows a greater level of aerodynamic and philosophical freedom than IMSA’s forthcoming top class LMDh platform (which is eligible to compete with Le Mans Hypercar under a converged set of rules).

The car will be powered by a 2.6-litre bi-turbo engine, which will produce up to 680 horse power. The ICE will be assisted by a battery co-designed with partner company TOTAL, which will add an additional 200kw boost from harvested energy to the front wheels when traveling in a straight line, making the car (part-time) four-wheel-drive.

Jean Marc Finot, the Director of Stellantis Motorsport, says the car will be “100% a Peugeot Sport car, with our DNA. The regulations give us a lot of freedom in the design. You will be able to recognise the hypercar as a true Peugeot.”

Behind the scenes, the design and manufacturing processes appears to be on schedule. Despite the clear potential for the sort of delays, hiccups and general issues that can hinder every race car’s inception, Peugeot believes it is on track to get the car out testing before the end of the year, therefore giving the team ample time to prepare for the 2022 season opener which is likely to be at Sebring in March.

“We are going to build the first engine in the next few weeks and hope to put it on the engine dyne before the end of April,” says Olivier Jansonnie, Peugeot Sport’s technical director. “We will then test the front electrical engine on our rig and put the front and rear together on our four-wheel-drive dyno in November.

“As for the aero development. The brand styling elements was the most challenging thing, as well as meeting the required performance levels to cater for the Balance of Performance regulations. We know what the car is going to look like. We have to go into the details and deliver the design and release everything for production at Summer time.”

Simulation work has also begun, and that’s where the input of Peugeot’s new driver crew comes in. After conducting a lengthy study, and whittling down a huge list of potential drivers from “50 to 12”, Peugeot has settled on a diverse driving crew featuring youth and experience, from sportscar racing, Formula One and beyond.

Perhaps the most high-profile signing is Kevin Magnussen, fresh from his debut in sportscar racing at the Rolex 24 Hours at Daytona last month (below) in the wake of his departure from Formula One.

Magnussen brings both credibility, marketability and heritage to the programme. He’s a rapid driver, with an extremely high ceiling, who has experience of operating at the pinnacle of motorsport for the likes of McLaren and Haas’ F1 teams.

But his surname is, and always will be, etched in sportscar racing lore. This is thanks to his ultra-successful father Jan Magnussen, who after a brief foray in Formula One himself in the late 90s, went on to forge a lengthy career as a Corvette Racing factory driver, picking up multiple Le Mans 24 Hours class wins, countless trophies from major sportscar races in the USA, and multiple titles along the way. Though he no longer races for Corvette full time, he is still very much involved in sportscar racing, and will take to the FIA WEC grid this year with Danish outfit High Class Racing in LMP2.

“I’m so happy for Kevin to have this opportunity with Peugeot, they have a great history at Le Mans,” Jan Magnussen told Travel Destinations. “He’s in for a fantastic time and he has a chance to reach his own personal goal of fighting for victory at Le Mans. He really enjoyed Daytona, it was fantastic for him, he was in the fight until the last 10 minutes. He’s super happy with where he is, an is loving his time with sportscars and Ganassi Racing so far.

“This on top of it too is fantastic. He’s quick to adapt, he’s done it his whole career, this will be no different. The Peugeot is going to be a sophisticated car, they’re going all in. I have no doubts he’ll be fast when the time comes!”

Wouldn’t it be something to see both father and son challenge for Le Mans different class wins in different in the same race next year?

“This line-up is stacked, when I saw it I was shocked,” Menezes told Travel Destinations. “Peugeot is a giant in the automotive field, and it is making giant moves in motorsport with this line-up. We’re all eager to get behind the wheel later this year, it is going to be a busy fall and winter for all of us!”

This selection is a real statement of intent for Peugeot. Beating factory efforts from the likes of Toyota, Alpine (assuming it continues in LMH beyond 2021) and eventually Porsche and Audi, will be extremely tough. But the French brand knows what it takes to win Le Mans, and will hope that its work today is laying the foundations for a fourth overall victory at La Sarthe and an FIA World Championship title to boot.

Want to be at the Le Mans 24 Hours this year or in 2022? We are on sale now! But act fast as availability is becoming limited for many of Travel Destinations’ accomodation options.

Travel Destinations is also selling packages to FIA WEC races beyond Le Mans. You can contact our office by calling 01707 329988 or emailing info@traveldestinations.co.uk to get your next motorsport holiday booked.