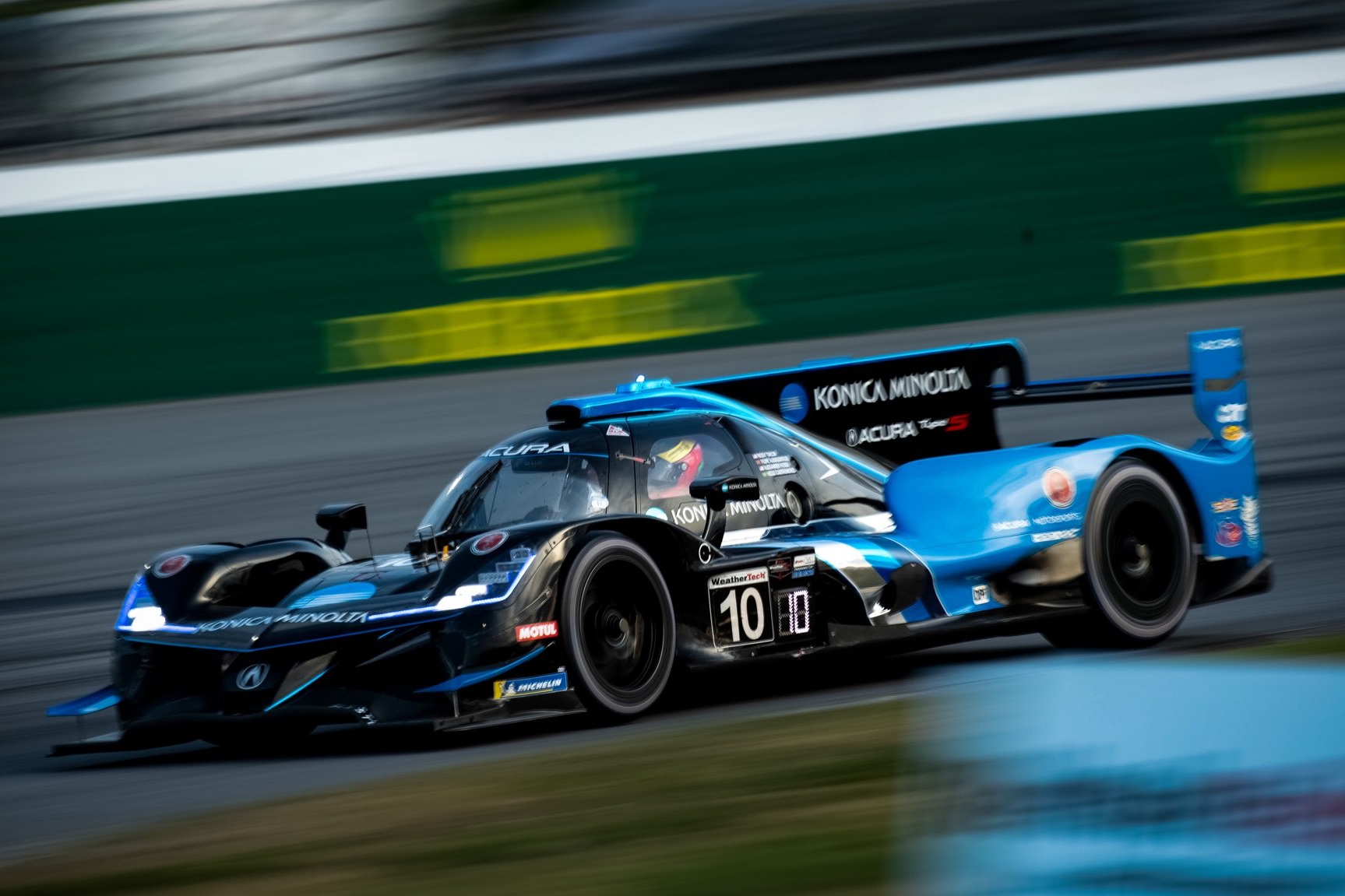 The 2021 of the Rolex 24 Hours at Daytona is in the books and it was truly memorable edition, with much to reflect on from each one of the five classes.

In our first debrief column of the year we take a look at the headlines after a thrilling weekend of action to kick off the 2021 IMSA WeatherTech SportsCar Championship season:

Just days after committing to IMSA long-term with an LMDh programme, Acura scored its most significant DPi victory after Wayne Taylor Racing’s stunning performance in the final hour, which saw Filipe Albuquerque cross the line just four seconds ahead of the Ally Cadillac after the challenge from the factory Ganassi DPi V.R faltered due to a late puncture.

There is so much to unpick here.

Wayne Taylor Racing has now won three Rolex 24s in a row, and with two manufacturers. The team is an absolute powerhouse in long endurance races, and appears to be simply unbeatable at Daytona.

“So much went into this,” said Ricky Taylor, (driver, and son of Wayne) who scored the second overall Rolex victory of his career yesterday. “It was definitely a test of trust and a testament to preparation and sticking to a plan. … We skipped all of the offseason testing because the guys needed time to do everything properly. They know how to win this race. I feel like we were all lucky to be a part of it.”

The victory comes after Acura cut ties with Penske, which ran the brand’s factory effort from the inception of the 05 in 2018 until the end of last season. It was an incredibly bold move to step away from an American team which has such a rich heritage, but it appears to have paid off already. While Penske was able to win an IMSA title last season with the ARX-05, and a handful of other races, the jewel in the crown of the IMSA season is the Rolex 24 and Penske just couldn’t quite better the dominant Cadillacs each January.

You know what they say? If you can’t beat them, join them…

Despite BMW’s success at Daytona the past two years in GTLM, Corvette scoring a dominant 1-2 didn’t feel like a surprising outcome this time around.

Corvette’s #3 C8.R led the #4 sister car home after leading virtually the entire race. It’s a significant victory for the C8.R, its first in a 24-hour race, which saw its new car come of age with a mature performance.

But the GTLM class didn’t quite feel right. With BMW scaling back its effort to just the endurance races this year, Porsche’s challenge coming from a single WeatherTech entry after withdrawing as a factory and Risi Competizione bringing a single Ferrari to ensure the class reached six cars, it felt like a throwback to the final days of GT1 when Corvette raced itself primarily, and a rotating cast of other outfits.

It’s a real shame to see GTLM fade like this, but sportscar racing is cyclical in nature. IMSA is having to adapt and transition to a new era; change is on the horizon for GT racing in IMSA which looks to revitalise it. And we’ll get to that later in this piece…

In the other categories there was plenty of action too. Era Motorsport scored an impressive LMP2 win up against an competitive field with its crayon (fan-designed) liveried ORECA 07 Gibson.

In GTD, Mercedes claimed its first Rolex 24 class win with Winward Racing, after a hammer-and-tongs battle for the lead in the closing hours with a Spirit of Race Ferrari. Behind, SunEnergy1 made it a 1-2 for the German marque, ending Lamborghini’s reign at the top in the Rolex 24 in emphatic style.

And in LMP3, it was Riley Motorsport that took the honours. LMP3’s Rolex 24 debut as a category was, as expected, somewhat of a race of attrition, with almost every car in the class suffering mechanical issues. It was however, notable that only one retired. As others in the class ran into trouble, the #74 Ligier JSP320 fielded by Riley took control and eased victory. An impressive run from Bill Riley’s merry band.

A look to the future

The opening IMSA race of the season at Daytona is traditionally filled with speculation and announcements regarding the future and this year was no different.

The major news concerns the GT ranks of IMSA. With the increase in popularity for the forthcoming LMDh formula (which will debut in 2023), and the the GTLM category becoming light on numbers, IMSA has decided to drop the GTE-based class and add a GTD pro category for 2022. This will allow factory and private teams alike to field all-pro line-ups and GT3 cars from a wealth of manufacturers.

This has ramifications for the current GTLM teams and manufacturers, particularly for Corvette Racing, which is only in Year 2 of its C8.R programme. Unfortunately the C8.R was not designed to be easily converted to GT3-spec like Aston Martin’s Vantage or Ferrari’s 488 GTE, meaning Chevrolet will need to carry out a major redesign of the car to carry on competing with the C8.R in IMSA after this season is over.

The downsides are that this will bring unexpected cost to the programme, and prevent it competing at the Le Mans 24 Hours with the car it races in IMSA from next year (as GT3 cars are ineligible to race at La Sarthe currently). However, there is a major upside and that is in its potential competition. GT3 is still very much a healthy formula, and factories and privateer teams alike are likely to see the chance to race with an all-pro line-up for the full IMSA season with existing cars, at a budget significantly lower than in GTLM, as a tantalising prospect.

Beyond the GT news, there’s been plenty of speculation surrounding LMDh, as you would expect. With Audi, Porsche and Acura all signed up, the focus has shifted to the other marques that appear poised to join the top class in two years time. Travel Destinations understands that Ford, BMW, McLaren, Mazda, Hyundai and an un-disclosed GM brand are all expected to make a decision either way (at the very least internally) very soon.