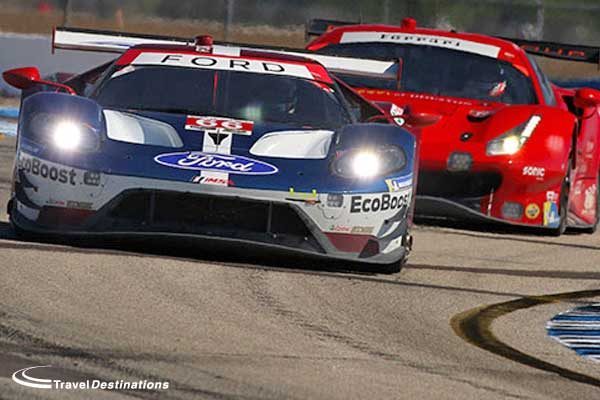 All of a sudden it is the end of February and the motorsport season continues in the next few weeks with the highly anticipated FIA WEC & IMSA “Super Sebring” double header. After almost two years of planning the time has finally arrived for the FIA WEC and IMSA to share a race meeting for the first time since the 2016 WEC-IMSA double header at CoTA, and the first time at Sebring since the inaugural WEC race back in 2012.

For fans track-side, the ‘Super Sebring’ race week is set to be astonishing, with such a packed programme of events, open paddocks and two marquee races to look forward to over the weekend in what should be, as usual, great weather. 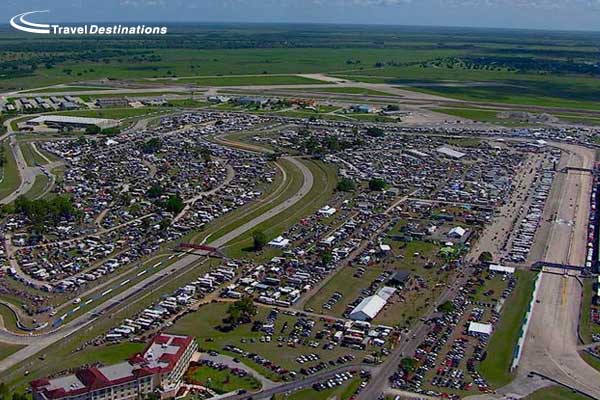 So what exactly is there to look for at Sebring? Well let’s start with IMSA, as for the WeatherTech runners in the 12 Hours of Sebring on the Saturday is the second round of the season, with the teams and drivers still very much fresh from the historic, rain-soaked Rolex 24 back in January. The Rolex 24 this year may have ended on a slightly subdued note due to the rain, but the action throughout, and the history made during race week (we’re looking at you Mazda, and that astonishing record-breaking lap!) made it an unforgettable edition. And now, still in Florida, it’s time for round two of what’s always a testing season of IMSA racing.

Last month Cadillac took the spoils for a third year in a row at Rolex, the DPi V.R still the car to have on the banking. Don’t be fooled though, the (newly-named) DPi class is closer than ever, as Mazda has hit its stride, Penske’s Acuras are more than capable of winning races on a weekly basis and the CORE Autosport Nissan is a formidable machine and will be in the running for race wins during the season as the team gets up to speed with their new toy. 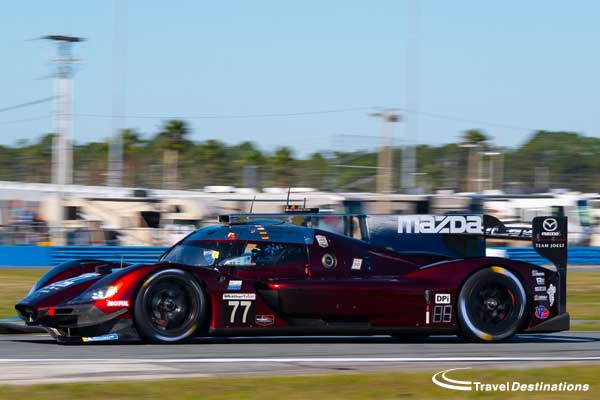 Mazda was always going to be the big unknown going into the season, the Multimatic/Joest-run team the only one in the prototype field having made significant off-season changes to its car. The RT24-P is now in its third iteration and has never been better for it. Updates to the cooling systems, and aero have made a huge difference to the car’s speed and reliability. At Daytona the car broke the all-time circuit lap record during Qualifying, British driver Oliver Jarvis once again the hot shoe, as he was at the pre-event test a few weeks prior. The car’s performance was good, although it ended in vein, with on-track incidents and mechanical niggles putting the team out of the running. But the overall picture was positive, and marked a big step forward for the effort, which has been working tirelessly to score that all-elusive first win for Mazda in prototype racing since the Grand Am-ALMS merger. At Sebring, the team will be hoping that with its car clearly up to the task, that it can leave with a set of winner’s trophies. But of course, the challenge will be to beat the competition as well as the notoriously grueling Sebring circuit. And with so many big names in the DPi driver and team ranks, this will be a clash of the titans. 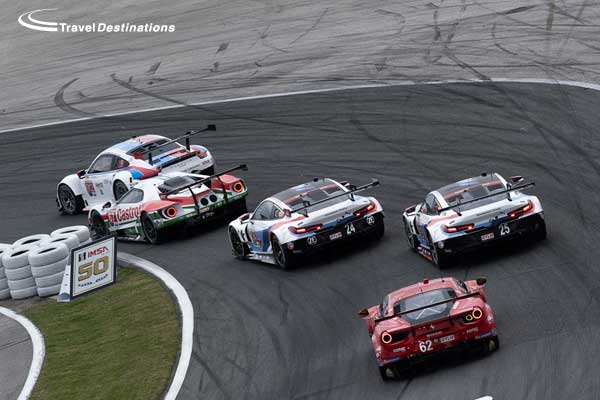 It is a similar story in the GT ranks too. GTLM at Daytona was as close as its ever been, with BMW emerging victorious, scoring the M8 GTLM, its biggest victory to date. The Balance of Performance was as perfect as it can be back in January, and it provided fans that braved the weather some of the tightest GTLM racing ever seen in IMSA between all five marques present. GTD was also a lottery throughout, with most of the top teams sitting in top five positions at various fixed points during the race. Then once the rain came down, it became even more unpredictable, with multiple incidents knocking some of the more prominent runners out of the race and prompting some of the world class drivers in the pack to come into their own. Grasser Racing, after a rather quiet run throughout the race, took a second win in a row for Lamborghini, and scored the first for the EVO-spec Huracan GT3.

And that’s just a taste of the IMSA battles to look forward to, as the FIA WEC 1000-mile race on the Friday night is sure to be a hit with the fans too. There is plenty of talking points for the WEC heading into race week, and lots to look forward to, and maybe it’ll come as a surprise to some, but the LMP1 class could well provide the biggest headline of the weekend. While the racing in LMP1 to this point has been lop-sided in favour of the more sophisticated, tried and tested Toyota Gazoo Racing TS050 HYBRIDs, they will want put on a show at Sebring. This year is the first time that we’ve seen the current crop of LMP1 machinery tackle “the bumps” so expect some astonishing lap times. The current circuit lap record is a 1:43.886; Marcel Fassler’s pole lap ahead of the 12 Hours race in 2013, driving an Audi R18 e-Tron Quattro.  Since 2013, the performance levels have skyrocketed in LMP1, so expect this time to be destroyed by the TS050 HYBRID during race week if the weather is kind. 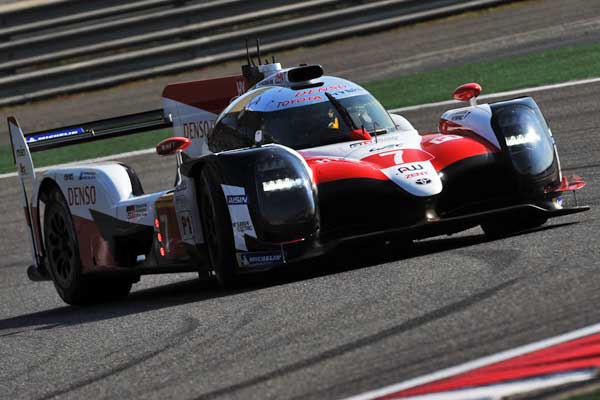 Elsewhere in the field there is plenty to look forward to, with title battles in three of the four classes now in full swing as the ‘Super Season’ begins to draw to a close. Can Team Project 1 move into an even stronger position in GTE Am? Will a challenger to Porsche emerge in GTE Pro? and can Jackie Chan DC Racing’s No.37 crew fend off the consistent Signatech Alpine crew that’s just 10 points back in the standings? Also, how will Corvette Racing fare on home turf against the other WEC teams? The US factory, which competed in the WEC for the first time since 2014 last year in the race at Shanghai, is back for more, and will look to do more than just make up the numbers on a weekend in which it will run three thundering C7.Rs for what we expect will be for a final time at Sebring across two marquee races. 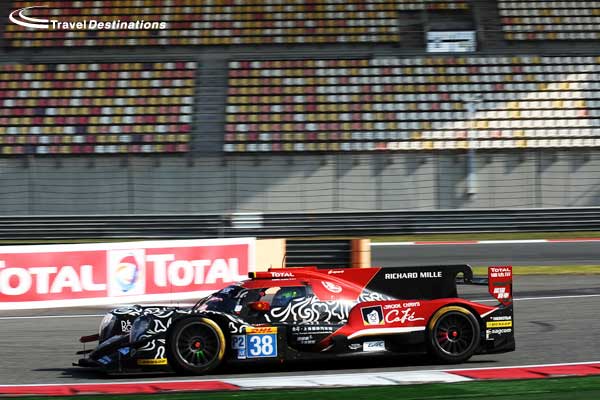 For fans, it’s going to be a real festival of sportscar racing, with the two most prominent series sharing a meeting at one of the most iconic venues in motorsport history. It will be fast, it will be furious, and sure to keep everyone on the infield occupied for the entire week, with two major races over Friday and Saturday, that will run from bright sunshine in the afternoon into the evening and full darkness. We can’t wait.

The Travel Destinations team will be track-side with guests staying in Sebring. We are full for 2019 but you can pre-register your interest for 2020 now. Please call us on 01707 329988 or email your details to info@traveldestinations.co.uk to be the first to learn more about Sebring 2020.