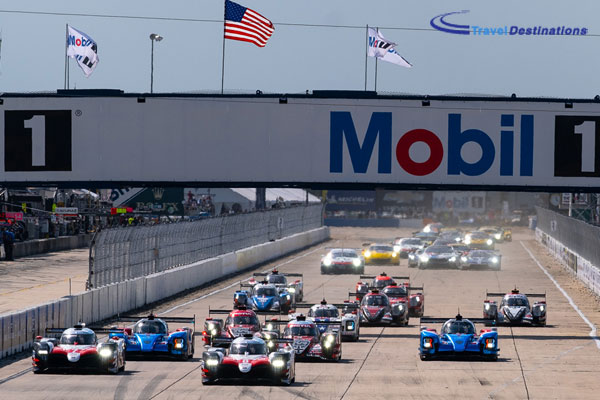 The ‘Super Sebring’ IMSA-FIA WEC double-header event at Sebring International Raceway is set to return! The hugely popular double-bill which debuted in 2019 and featured the 12 Hours of Sebring and a 1000-mile FIA WEC race on the same weekend, was shelved last year due to the pandemic, but is now officially scheduled for next March (17-19).

Wayne Estes, Sebring International Raceway’s President and General Manager, confirmed the intention to run the bumper event in 2022 in a note to fans and stakeholders last weekend.

“Now that the 2021 edition of the Sebring 12 Hours is over, the cleanup is nearly complete, and car clubs are back on the circuit, the team that presents this great event is reviewing those things that must be addressed before the 70th running of the Mobil 1 Twelve Hours of Sebring, the return of the WEC 1000 Miles of Sebring and a return to a post-pandemic open paddock,” he said.

“We believe that the world will be restored a year from now, that fences and gates used to meet CDC protocols will be gone, that grid walks and party zones will be back.

“After the performance of the teams this year, a 70th anniversary to celebrate, WEC’s new Hypercars adding to the 1000 Miles race, we expect demand to be at an all-time high.

“As the world gets control of itself again and bids farewell to the current health crisis, we see a very bright future for sportscar racing and for Sebring International Raceway. The WEC is rolling out new Hypercars over the next two years, and IMSA’s LMDh cars are not far behind.”

2022’s Super Sebring is sure to be a huge event for sportscar racing, with celebrations surrounding the 70th anniversary of the 12 Hours and the return of the FIA WEC to the USA. In IMSA it will be the final race at Sebring for the DPi class and the first for GTD Pro, while in the FIA WEC all eyes will be on Peugeot Sport, which is set to debut its brand new Le Mans Hypercar at the start of the 2022 season and take the fight to Toyota, Glickenhaus and Alpine.

If you want to be on-hand to soak up the atmosphere and experience ‘Super Sebring’ first hand next year, then call Travel Destinations today on 01707 329988 or email info@traveldestinations.co.uk to find out more information and make a booking.