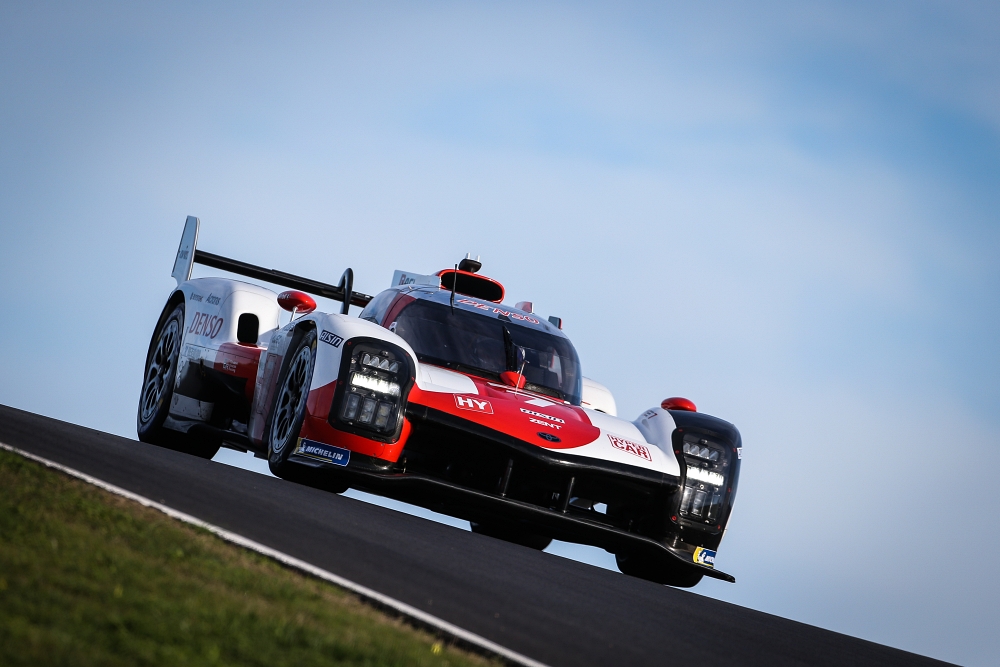 The entry list for the 2021 FIA World Endurance Championship season has been revealed today, with 33 high quality entries signed up for the full campaign across the four categories.

Given the circumstances, it’s remarkable to see such a high number of entrants, with plenty of teams new and old ready to do battle over the course of the year to fight for world titles and of course, a win at the Le Mans 24 Hours.

There are plenty of headlines up and down the list, so the place to start is at the top in the new Le Mans Hypercar category.

Toyota’s pair of new GR010 HYBRIDs are the stars here. The Japanese marque launched its new challenger earlier this week and has been out testing over the winter in preparation for the debut of its new car in March.

Feedback has been promising from engineers and drivers alike thus far, with plenty of confidence that it can score wins right away.

To take another Le Mans win and a WEC title, it will have to overcome challenges from Alpine’s factory team (racing with a grandfathered Rebellion R-13 LMP1 car renamed the A480) and Glickenhaus’ pair of non-hybrid 007 LMHs.

Let’s talk Alpine first. The French automotive marque, in parallel to this Le Mans Hypercar effort, is taking over from Renault in Formula One, so it’s a big deal that it has decided to continue (and step up) in the WEC. This is incredibly ambitious for a small, boutique brand that has yet to truly establish a presence in the modern motoring space. But, two major motorsport programmes will go a long way in marketing its road car and performance brand role for Renault and building a customer base in the long run.

The A480 Alpine brings to the WEC is a proven race-winner, a car that has been developed over the past two years by Rebellion and its partner ORECA. It’s not a perfect prototype, it isn’t bullet proof mechanically and in certain conditions it can be a handful for even the most seasoned driver. But it is fast, and it has potential to mature further with Alpine coming on board.

With both WEC titles and Le Mans class wins to its name in LMP2 in recent years, Alpine knows what it is doing in big races. For that reason, it should be considered a serious challenger for Toyota, especially in the early part of the season if the GR010 fails to hit the ground running and the Balance of Performance system works as planned.

As for Glickenhaus, its commitment to bring a pair of Pipo-powered 007s to the WEC this year is really encouraging. The development of the car is progressing, albeit at a slower pace than Toyota’s GR010 which has already been put through its paces on track ahead of the season.

Glickenhaus hasn’t been able to try out its car yet, and is almost certainly going to skip the opening round of the season at Sebring, but Jim Glickenhaus has a reputation of delivering on promises. We will have to wait a little while longer to see just what the 007 can do on track, but there’s no reason to believe it cannot compete if the car proves to be reliable.

The seriousness of this programme is apparent when looking at the first two drivers listed for 2021 on the entry: Rebellion refugee Gustavo Menezes and Indy Car star Ryan Briscoe. Both are capable and bring a wealth of experience to this programme.

For all the positivity in Le Mans Hypercar this year, there is one slight disappointment, and that is the ByKolles effort not featuring on the list. The Austrian team, which opened up on plans to build road cars alongside its race car at the end of last year, is nowhere to be seen at this point. Will it show up later in the season? We will have to wait and see…

In the other classes, while there are no new cars to examine, there are plenty of big storylines to follow in LMP2 and the two GTE classes.

LMP2 features 11-cars, a real coup for the WEC which has attracted some of the world’s best teams and drivers (five of which have Formula One starts to their name). Among the entries are some new faces, Richard Mille Racing’s all-female crew, Real Team Racing and plucky Polish squad Inter Europol Competition (below) stepping up from the ELMS, to race against experienced WEC teams High Class Racing, DragonSpeed, United Autosports, JOTA and Racing Team Nederland.

The pleasant surprises here are the additions of Asian Le Mans stalwart ARC Bratislava with a Ligier chassis and Audi customer team WRT with an ORECA.

WRT’s foray into the WEC is most interesting, as its return to prototype racing (after a one off ELMS appearance in 2016 at Spa) comes in the build up to Audi’s return to top-line sportscars with an LMDh programme. Could this be a toe-in-the-water operation for WRT that leads to a factory or customer LMDh effort down the line?

GTE Am, like LMP2, is big in numbers and quality. The category features 13 cars, with Ferrari, Porsche and Aston Martin all represented. The entire full-season field from last season returns, with the addition of another all-female crew from Ferrari team Iron Lynx and Japanese fan favourite D’Station Racing that brings an a third Vantage to the party for Aston Martin.

The only major omission in the GTE ranks is the full-fat GTE Pro factory effort from Aston Martin Racing. AMR has cut back its sportscar effort this year as it shifts focus to Formula One. It is represented with Paul Dalla Lana’s No. 98 Vantage in Am, but that is privately funded by Dalla Lana himself. Aston Martin’s pair in Pro will be sorely missed after their exceptional Le Mans and WEC title wins last term. We can only hope that like Audi, Aston Martin’s WEC hiatus as a factory doesn’t last long…

For now though, we’ll have to savour what promises to be a hotly contested battle in GTE Pro between Ferrari and Porsche, with the potential for Corvette to dip in and out throughout the season.