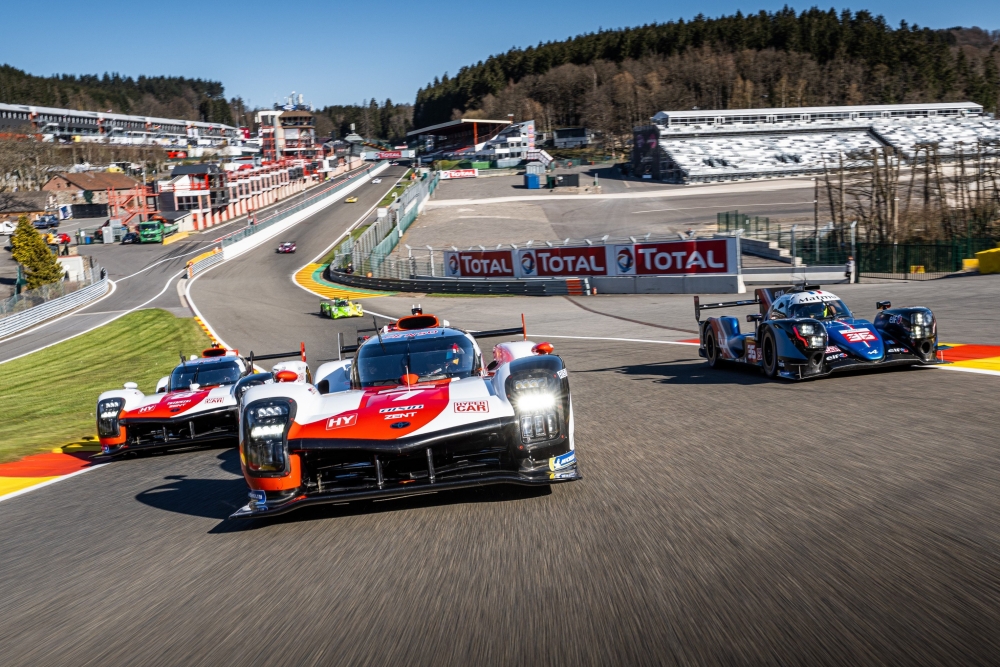 The 2021 FIA WEC season has begun and Toyota took the spoils on the debut of its GR010 HYBRID Le Mans Hypercar, narrowly beating out Alpine with its grandfathered LMP1 machine.

Beyond the race, there were plenty of other pressing topics up for discussion in the paddock during the week, giving it that classic ‘first day back at school’ feel we don’t usually get in the FIA WEC’s trips to Belgium. Traditionally the dress rehearsal for the Le Mans 24 Hours, it was both strange and refreshing to know that we still have plenty more WEC action to come before the 24 Hours in August.

The start of a new season is always an exciting time, with so much to take in. Here’s what you need to know after a sometimes controversial, but always interesting 6 Hours of Spa weekend:

The Le Mans Hypercar era has finally arrived. After years of build-up, and plenty of twists and turns along the way in the formation of the new category, LMP1 is no more and LMH has taken over as the top class in ACO-sanctioned racing.

This process hasn’t been without politicking, and right up until the green flag being waved at the start of the race, there was still much debate. The main topic between key stakeholders on this occasion(unsurprisingly) concerned the performance levels of the LMH and LMP2 categories.

The principal issue is that Toyota feels that the LMP2 cars, even after being slowed by new regulations, are still too fast and able to match or even better the pace of the Hypercars on occasion. During the Prologue Test before the race weekend began, and during free practice, the LMP2s were indeed right there on pace. But the rule makers stood firm and made no further changes to the balancing of the classes before qualifying and the race in the face of pressure from the biggest team in the championship.

It proved to be the right decision. Come qualifying and the race, the Toyotas found the pace to lock out the front row. Many may have felt that that Toyota was playing games, sandbagging intentionally to make a case for a favourable change to the performance levels of other teams. Was it predictable that with the chips down, the Toyotas would find the pace? You can certainly make a convincing argument…

Kamui Kobayashi admitted that the team was surprised to find pace after setting his pole-winning lap. “We expected it to be tougher,” he said. We will never know exactly how surprised they were…

The difficulty here is working out which solution is best for the ACO. It was always the intention for the Le Mans Hypercars to be significantly slower than the LMP1 cars they replaced, to save costs, allow for road-car-based models to be competitive and make the developmental curve less of  barrier of entry for new manufacturers. Thus, LMP2 cars, following their major performance boost at the outset of the new regulations in 2017, were always going to have to be nerfed to accommodate for the slower top class cars.

On the face of it, this may seem like a non-issue. Surely it would just save teams money? But the reality of the situation paints a rather different picture.

All the teams involved invested in LMP2 because of its performance level being as impressive at it was, and spent a lot more money on the current-gen chassis to achieve this. The cars were designed with the original level of performance in mind too. As an example, slowing them down makes it tougher to get heat into the new Goodyear tyres, which have also been designed to assist the slowdown of the cars.

The result is that the cars are now tougher to drive for gentlemen drivers, who lest we forget are the main source of funding for many of these teams. If you are going slower on the straights, it’s harder to negotiate traffic as more daring moves through corners are required, and with tyres that are tougher to switch on. This makes the job of a Bronze driver a lot tougher, and potentially more dangerous for anyone lacking experience. Keeping amateur drivers happy is paramount, especially in an economic climate like this.

There is also another very simple issue, and that is that nobody in racing wants to go slower, ever. This is therefore a tough tightrope to walk.

Thankfully once the race began and everything was set aside, the action on-track was entertaining, and saw Toyota forced to work for a victory against Alpine. Let’s hope this only continues once Glickenhaus joins the championship next time out at Algarve.

Spa wasn’t likely to be anyone’s first choice for a pre-season test just days before the season opener, but the decision was nevertheless taken to hold the WEC Prologue at the Belgian circuit this year after the Portimao race (originally scheduled to be the opener) was shifted to June.

As every keen motorsport fan knows, Spa is an unforgiving circuit, which rewards bravery and heavily punishes mistakes. The combination of new drivers, at new teams, in new cars, at Spa during the week resulted in some expensive incidents.

Perhaps a return to Paul Ricard, with its huge run-offs, would be welcomed by the teams next season, despite it being considered a less-than-ideal circuit for testing and data collection?

Alpine and BMW set to step up?

In better news, it appears that more manufacturers are primed to enter the top class ranks of sportscar racing when the LMDh formula debuts and races alongside Le Mans Hypercars.

Graham Goodwin reported on dailysportscar.com yesterday that Alpine and BMW are legitimate prospects now and are both evaluating top class programmes.

Currently Alpine is competing in Hypercar with a grandfathered Rebellion R-13 LMP1 rebadged as an A480. And it’s welcome news that it is actively considering a programme beyond this season, allowing it to take on rival French brand Peugeot and have a shot at winning the 100th Anniversary running of the Le Mans 24 Hours in 2023 on behalf of Renault.

BMW meanwhile is currently winding down its GTLM effort in IMSA with Rahal Letterman Lanigan Racing. Whether or not a top-class programme directly replaces this effort remains to be seen…

Beyond that Bentley, McLaren and a GM brand (likely Cadillac) are also close to making decisions about their future in sportscar racing. It really is remarkable to think that in just two years’ time the top classes of the FIA WEC and IMSA could be awash with major manufacturers all competing with new machinery.

A word on Oliver Gavin

Before we look ahead to the next FIA WEC meeting at Portimao in June, it’s only right that we celebrate the career of Oliver Gavin, who made the 6 Hours of Spa the final race in his professional career as a driver.

Drivers like Oliver Gavin that spend almost their entire career with one team are rare, so they deserve recognition.

He is everything that Corvette Racing stands for, a key part of a wider family, that showed and was shown loyalty by those around him for two decades. Through multiple generations of Corvette Racing, he was there and winning races, and never showed any signs if slowing down.

He will be greatly missed by everyone who frequents sportscar racing paddocks around the world. In addition to his supreme talent behind the wheel, he was always incredibly approachable and treated everyone around him with respect. Whether you had known him for five minutes or five years, he would always give you his time, and was never be anything other than a true professional.

While it’s a shame that he couldn’t sign off a remarkable stint as a factory driver with a win, it was great to see that he was still able enjoy every moment of his final ride.

Best of luck in what follows, Oliver.