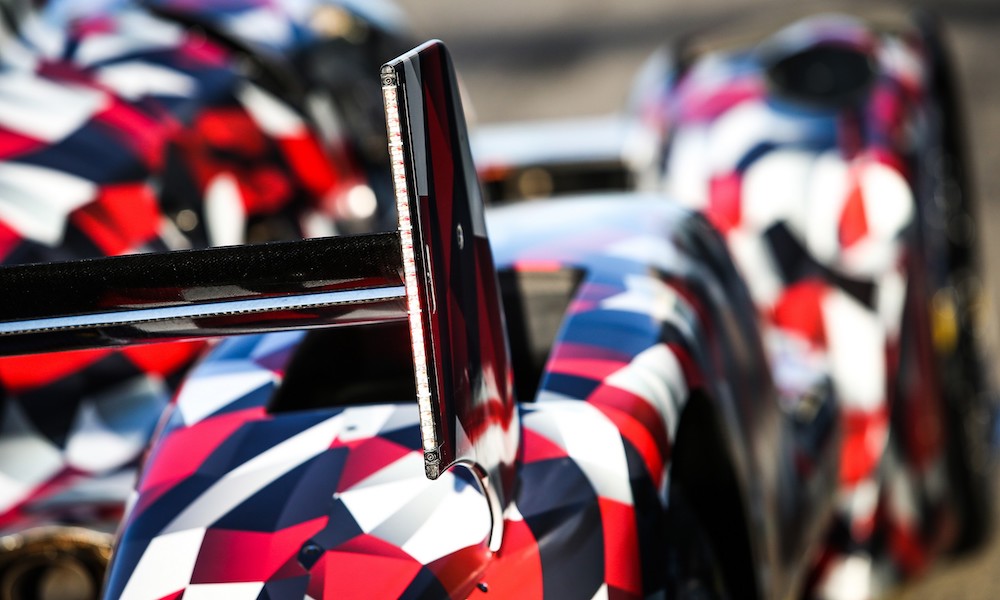 With the 2019/20 FIA WEC season over and the 2021 campaign fast approaching, there is so much to digest and look ahead to.

After what has been an extraordinary second half to the year for motorsport in terms of schedule congestion, it has been so hard to keep up with all the movements within the major sportscar championships. 2021 though, should look a lot more like a traditional motorsport season. And in the case of the FIA WEC, it returns to a standard calendar that doesn’t cross over two calendar years.

In his latest Debrief column Stephen Kilbey takes a look back at the season finale in Bahrain, and all the news you need to know about from the world of ACO sportscar racing:

Before looking ahead to next season and beyond, congratulations are in order for the prize-winning teams.

The 2018/19 FIA WEC season was supposed to be a rare, extended campaign, to see the championship through a transitional period. The 2019/20 season however, would end up running longer than normal, beginning at Silverstone in September last year, and ending in Bahrain earlier this month.

What a ride it was, with thrills, spills, and even a set of postponed and cancelled races thrown into the mix. But the organisers did a superb job of navigating the challenges 2020 created and finished the season in style at Bahrain.

For Toyota, it was the No. 7 crew of Mike Conway, Kamui Kobayashi and Jose Maria Lopez that took the LMP1 honours over their teammates in the No. 8 TS050 HYBRID with a faultless performance. Winning a world title represented somewhat of a consolation prize after years of heartbreak in the title race of the FIA WEC and at Le Mans for the trio in the No. 7.

It’s just a shame that LMP1’s final race wasn’t a classic, instead it was a head-to-head clash between two cars from the same team, with no competition from other factories or privateers. But we will get to that a bit later in this piece.

In the other classes the titles were settled too. The No. 95 Aston Martin duo of Nicki Thiim and Marco Sorensen winning the GTE Pro title, capping off an incredible season for Aston Martin Racing which lest we forget saw it win Le Mans too with its No. 97 Vantage.

A fourth place finish in or United Autosports’ No. 22 ORECA was enough to secure the Richard Dean’s team the LMP2 title, and in GTE Am, Francois Perrodo and Manu Collard’s completed a remarkable comeback to the category with a second title alongside Nicklas Nielsen in AF Corse’s No. 83 Ferrari 488 GTE EVO.

It was not a classic, it wasn’t particularly entertaining either, but the LMP1 race in Bahrain was nonetheless memorable because it was the final time the category will feature in the FIA WEC before the new Le Mans Hypercar class debuts next season.

LMP1 of course dates back to the turn of the century, before even the diesel-powered prototypes were introduced by Audi and Peugeot, but it was the 2014-16 period where it shone and became arguably the most entertaining category of racing worldwide. When Audi, Porsche and Toyota did battle in the FIA WEC and of course Le Mans, with cars on the bleeding-edge of technology, it was simply unmissable.

There were, of course, low(er) moments prior to Toyota’s dominance in recent years: Nissan’s ill-conceived GT-R LM NISMO in 2015 and Peugeot pulling the plug on its 908 programme days before the inaugural FIA WEC race in 2012 spring to mind. But as a whole, LMP1 cars were both spectacular to watch trackside, a real showcase of efficiency and future-thinking technology.

The hybrid-era, which began in 2012, was the best example of this. In the early days just running on electric-power running down the pit lane once and hour was considered impressive. How things have changed…

In recent years, maintaining record-breaking pace while improving lap-by-lap fuel efficiency year-on-year has become the norm. Consider this: Toyota’s 2019 TS050 HYBRID completed the Le Mans 24 hours using 300kg less fuel and travelled more than 500km further than the TS030 HYBRID it raced with in 2013. That, put simply, is an astonishing achievement.

At Toyota Gazoo Racing’s Cologne headquarters the team behind-the-scenes have had little time to reflect on the progress of the past eight years, because it has been full speed ahead for them with the new Hypercar programme.

The new car (pictured above), which will make its global debut at Sebring in March is already out testing and the feedback thus far has been very encouraging.

Travel Destinations understands via a team source that the new car, at its first true test at Paul Ricard, ran incredibly reliably. The drivers are also noticeably pleased that the lift-and-coast fuel-saving measures required to steer the previous LMP1 Hybrids won’t be necessary going forward.

We won’t know what the new Toyota can do in terms of performance for a while yet, but the fact that it has been reliable from the off is a great early sign.

The new Le Mans Hypercars are expected to be significantly slower than the outgoing LMP1 breed, but that is unlikely to detract from the race action. In fact it is more likely to be a blessing in disguise, as the steep developmental curve seen in years past from the LMP1 cars was a real turn off for new manufacturers coming in with a brand new car. Less sophisticated machinery, with lower budgets, could go a long way in building a grid over the coming years.

The hard work continues for Toyota ahead of the new season. We expect to hear more in January about the new car and the brand’s WEC programme as a whole.

While we won’t see a full entry list for either the 2021 FIA WEC or the ELMS (European Le Mans Series) seasons this side of the new year, the grids are forming and looking strong.

Travel Destinations expects the grids for both championships to be big, with the FIA WEC field for the shorter 2021 season at either maximum capacity or close to it.

This is because privateer interest in both will be strong once again, with the team owners and drivers as motivated as ever to go racing, even during these challenging times. There are no major rule changes or regulation shifts for privateer teams either, meaning very few will need to invest in brand new cars for 2021 to compete at a high level.

The only real uncertainty surrounds the GTE Pro class in the WEC. What will it look like? Will all three factories: Aston Martin, Porsche and Ferrari return? Or will the field take a hit, like in IMSA, where Porsche has decided to walk away from GTLM, leaving just Corvette and BMW to do battle?

Whatever the factories decide, GTE as a pro/am platform for customer teams is set to remain popular next year, with the highlight being a batch of brand new Porsche 911 RSR 19s due to enter circulation for their first eligible season in GTE Am of the WEC and the GTE class of the ELMS.

After being cancelled for this year’s postponed edition of the great French race the Test Day in 2021 will take place on the Sunday before race week, a week later than usual, as part of a refined timetable for the event.

This means anyone planning to head to Le Mans next year with Travel Destinations a week before the race can expect to see more track action than ever, with the Test Day kicking off a new-look, condensed schedule!

Perhaps the most significant news to emerge since the Le Mans 24 Hours back in September came today, courtesy of Audi Sport. That’s right, it is set to make a return to top-line sportscar racing with an LMDh programme.

The shock confirmation of Audi’s future plans came as part of a shakeup at the top of Audi Sport, which sees Dieter Gass leave his post as Director and replaced by Julius Seebach, the current Managing Director of Audi Sport.

It didn’t take long for big news to follow Seebach’s appointment, as in the immediate aftermath he confirmed that the German brand will leave Formula E after next season to focus on an all-electric Dakar Rally programme and LMDh, which will enable it to return to Le Mans and compete stateside in IMSA.

“We are intensively preparing to enter the new sports prototype category LMDh with its highlight races, the Daytona 24 Hours and Le Mans 24 Hours,” Seebach said. “The most important message for our fans is that motorsport will continue to play an important role at Audi.”

Details of Audi’s programme are (unsurprisingly) scarce at the moment, but this is a momentous piece of news, the first LMDh programme announced by an OEM. The key questions are: When will Audi’s LMDh car debut? (the LMDh regulations are expected to be delayed by a year and debut in 2023) And where will it race? (It has the choice to compete in the FIA WEC alongside the Le Mans Hypercars, in IMSA with other LMDh manufacturers, or both)

With so many other factories known to be looking to race in LMDh could this be the first of many confirmations?

Fancy being trackside for the Le Mans 24 Hours in 2021?  Call our offices and book now on 01707 329988! We would also like to remind customers that all packages are financially protected by our ‘Refund Gaurantee’. So you can book with confidence…