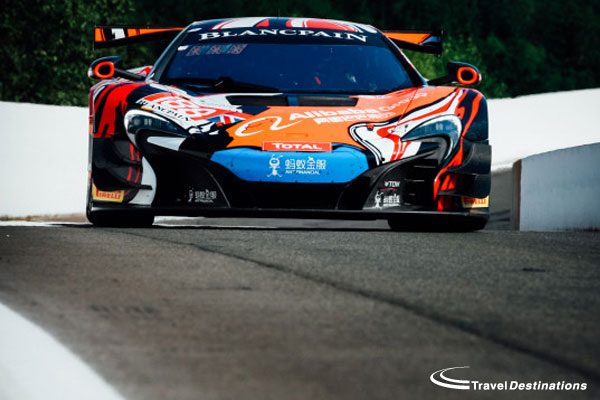 This weekend is set to see a landmark for GT racing, with the 70th running of the 24 Hours of Spa. A grid of over 60 GT3 cars, from 13 marques, with plucky privateer teams, factory-backed efforts aplenty, and a Pro class that has the potential to provide those trackside and at home with a thrilling Spa 24 Hours.

Our man in the stands looks forward to four of the things he is most looking forward to seeing during the 2018 Spa 24 Hours.

Endurance Cup title battles
The Blancpain GT Series and Intercontinental GT Challenge has created a plethora of title races across the board, with so many trophies available for teams to gun for now. But, at its core, the Spa 24 Hours is a round of the Blancpain Endurance Cup, and for the majority of European GT3 teams, winning the Endurance Cup titles for Drivers and Teams is the crown jewel they most want.

As it stands, at the head of the field in the teams title is Emil Frey, and it has been a remarkable story so far for the Swiss team and its new Lexus programme. After years of running its Jaguar GT3s (which it is still running this year, but in the Silver Cup), it is now racing with a pair of Lexus RCF GT3s, which already have proven to bring far more to the table than just variety. Emil Frey won last time out at Paul Ricard, and will look to continue that form heading into this weekend’s race. That won’t be easy though, as with it being so tight at the top, it is often a lottery at Spa. Strength in numbers can be a deciding factor between a manufacturer winning or struggling to get a car inside the top twenty. It is close though, as ex-FIA WEC team Strakka Racing (Mercedes) and Team Parker Racing (Bentley) are within 10 points. 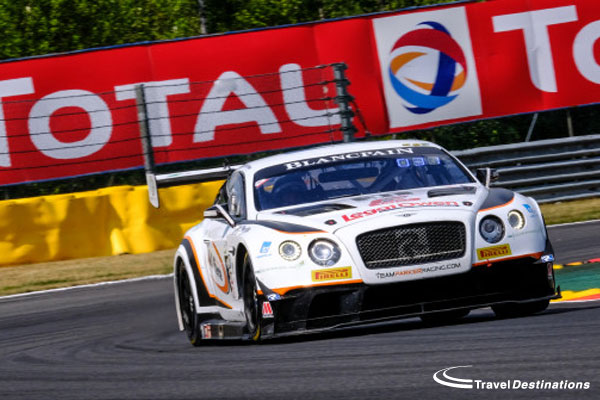 In the Drivers standings meanwhile, it’s WRT’s trio of Alex Riberas, Chris Mies and Dries Vanthoor leading the way, by just two points over Emil Frey’s trio of Marco Seefried, Albert Costa and Christian Klien. The WRT crew’s win at Monza has proven to be the deciding factor here, but with three sets of points on offer during the 24 (at hours 6, 12 and 24), it’s an incredibly important event for the teams, and strategy will be at play to ensure that cars are high up the order at various points during the race to score points. And, if it all falls into place, the conclusion of the Spa 24 will not only provide fans with an incredible finish, but will also see a set of title races that will go down to the wire at the season finale in Barcelona.

The stacked Pro field
The race’s organizing body, SRO, has intentionally capped this year’s Pro class in the Spa 24 Hours, to ensure that the private teams are able to make up the majority of the field. But that is unlikely to detract from the race for overall honours, as instead, it’s forced the factory teams and high-end privateer efforts to concentrate on fewer cars, and stack them with talent. This year’s 30-car entry in Pro for the Spa 24 Hours is stunning, an all-star cast, with no real weak links. And with efforts from Aston Martin, Audi, Bentley, BMW, Ferrari, Lamborghini, Lexus, McLaren, Mercedes, Nissan and Porsche, there’s no real favourite either. 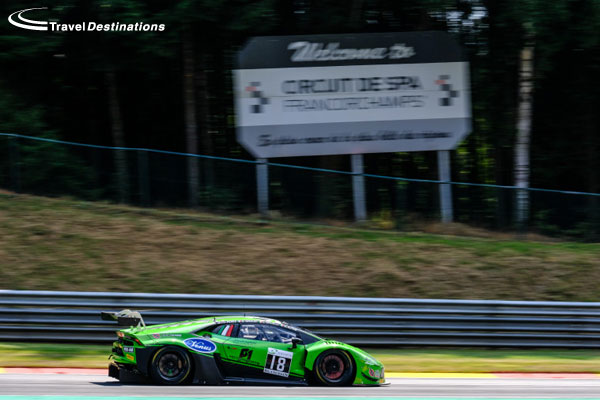 There’s plenty of new machinery in amongst the class too.  Bentley brings its new Continental GT3 to Spa for the first time, a car which looks and sounds stunning. Whether or not it is ready for a big win this early in its life though, remains to be seen. As mentioned above, Lexus too, brings spice to the party, with the RCF GT3, which may not be a brand-new car (in fact, it’s been in development for years and raced with customers in 2017), it is new to Blancpain and despite being ahead in the points standings, Emil Frey is still a dark horse here with real potential. The final new beast, is from Nissan, it’s 2018-spec GT-R GT3 a fundamentally different car to the previous model, with the engine placed lower and further back in the chassis, and radically different aero at each corner of the car. The results haven’t shown yet, but with RJN running the new car, and Balance of Performance a factor, there is no reason a signature result can’t be achieved here. Add in existing cars from the other brands, and you’ve got an unmissable battle at the head of the field.

Honda’s return
Outside of the Pro class, the entry which will likely receive the most attention at the Spa 24 Hours is the Castrol Honda Racing NSX GT3. 18 years on from its last Spa 24 Hours appearance, Honda is back with this effort at Spa, which will be run by JAS Motorsport. This weekend’s race is both the NSX GT3’s Blancpain GT and European 24-hour race debut, as part of a push from the brand’s customer programme.

The car will compete in the Pro-Am class, with Bertrand Baguette and Esteban Guerrieri, ex-F1 driver Riccardo Patrese and Loic Depailler. This will be a very interesting entry to follow, and surely a fan favourite with its Castrol-livery. And the NSX GT3 has a real chance to have a clean run to the finish, as badged as an Acura in the USA, it’s had some notable results already with Michael Shank Racing. But, in this environment, and with a relatively inexperienced driver crew, whether or not it will be a contender in its first appearance, remains to be seen… 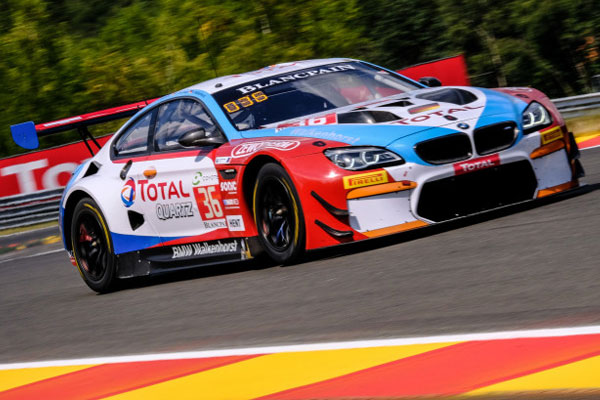 Star drivers
This year’s Spa 24 Hours field, as well as featuring a vast selection of machinery, is one of the most incredible list of GT drivers ever assembled. And in among those are some real stars, that aren’t necessarily known for GT3 racing. As mentioned before, Riccardo Patrese is part of the entry, an F1 race-winner. Another F1 race-winner meanwhile, is Rubens Barichello, a man who had a similar career to Patrese, just decades later. Barichello will race with Strakka Racing, for the team’s second attempt at trying to win at Spa, and after competing at Le Mans last year, he is clearly inspired to carve out a small post-F1 career in sportscars. 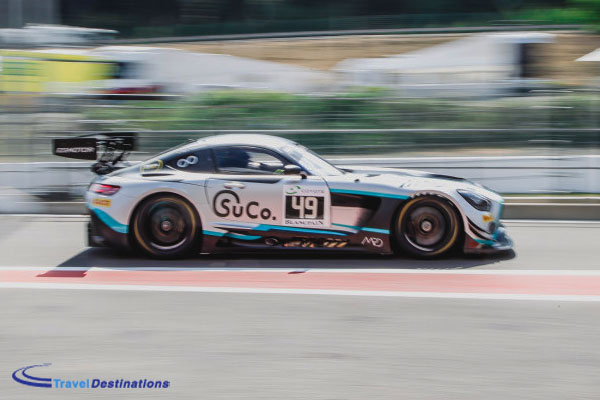 Outside of that, Attempto Racing will race with DTM ace Jamie Green, back for his second Spa 24 Hours, again competing in an Audi, to match his touring car commitments. Former Le Mans winners and LMP1 stars Marcel Fassler, Marc Lieb and Timo Bernhard will also be present, racing for WRT, Manthey Racing and Team75 Bernhard respectively, so it’s safe to say they all have a real chance at an overall podium or win.

And finally, slightly out of left field, Top Gear presenter Chris Harris is also back again, this time with Garage 59 in the Am class driving a 650S GT3. Thus far it’s been a hugely successful season for Harris, who with his teammates leads the class standings after winning two races this year. It is safe to say he’ll be more motivated than ever at this years Spa 24 Hours.