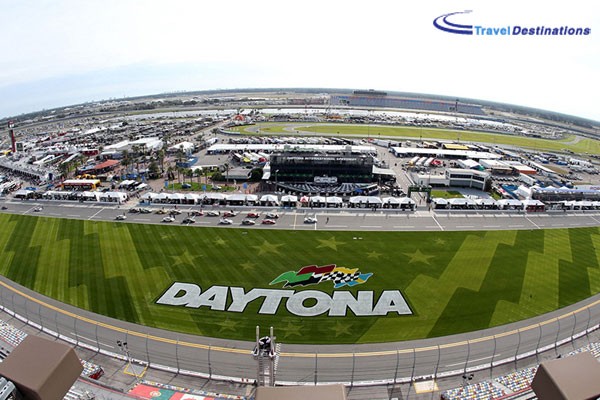 With the 2016 season winding down, it time to start looking ahead to 2017, which promises to be a very big year for sportscar fans. In the first of a series of pieces focusing on 2017’s big events, Dailysportscar.com’s Deputy Editor Stephen Kilbey looks ahead to next January’s Rolex 24 at Daytona:

Sportscar racing for 24 Hours on the iconic banking at Daytona has been a tradition since 1962, yet it still feels like a new and fresh event. The racing rarely disappoints and as a spectator, there are few events like it, with spectacular views and great paddock access. While it may not have the sheer mega-event atmosphere of an event like Le Mans, the Daytona 24 Hours is growing year on year in importance and has replaced Sebring as the ‘first day back at school’ event for traditional endurance machinery. Throughout its history its been a hotbed for some of the best cars and best drivers on the planet, with plenty of IndyCar drivers, WEC drivers and endurance racing legends on the entry list each year. So what’s so special about next year?

2017 will mark a new era for the Rolex 24 at Daytona, with the introduction of DPis at the head of the field. Daytona Prototypes which to put it lightly, weren’t to everyone’s tastes, are no more, replaced with a platform for manufacturers to truly utilize. The concept behind DPi is a pretty simple one, a manufacturer or private team will run brand new LMP2 chassis with an engine of their choice and factory-specific aerodynamics. The cars will be quicker, more agile and promise to look good too. Now, it’s unlikely that we’ll see a huge grid of them in year one, but the list of confirmed teams and manufacturers is getting longer by the month at the moment. If you head to Daytona next year, you’ll get a glimpse of the future of IMSA prototype racing in what promises to be a significant milestone in IMSA history. Outside of that, the GT ranks promise to be as spectacular as usual, with a healthy GTLM class, with multiple manufacturers running their GTE examples, and a bumper GTD field of GT3 cars with some of the world’s best drivers behind the wheel. Variety is king as Corvette, Audi, Lamborghini, BMW, Ferrari, Porsche and Ford will all be represented.

But what makes Daytona particularly special is what it offers to fans who make the trip. The speedway owners are still reaping the rewards of their $400 million regeneration project which has improved the facilities massively in the past year. Anyone who sits on the grandstands will get an incredible panorama, which while impressive during a NASCAR race, comes alive during the Rolex 24. Seeing the cars blast down the back straight, round to the paddock area, before darting into the infield and snaking through the camping grounds is a sight to see. You won’t have to camp out at one corner with a limited view, on the Daytona banking you can see it all. Couple that with the sounds echoing off the grandstands and the fireworks displays and you have an incredible nighttime atmosphere too. Daytona feels closed off from the world, but far from claustrophobic. There’s plenty of places to venture too in and away from the paddock, and in true endurance racing fashion, fans can get up close and personal with the cars throughout the race week. Anyone planning to go and watch a race stateside should really consider heading to Florida for the Rolex 24 next year, it’s an iconic event, at a mecca of motorsport and 2017 will be a year to remember.

There is currently still some availability to join us for the Rolex 24 at Daytona 2017. Details of our exclusive offer are available here or you can call us on 0844 873 0203 to reserve your place.