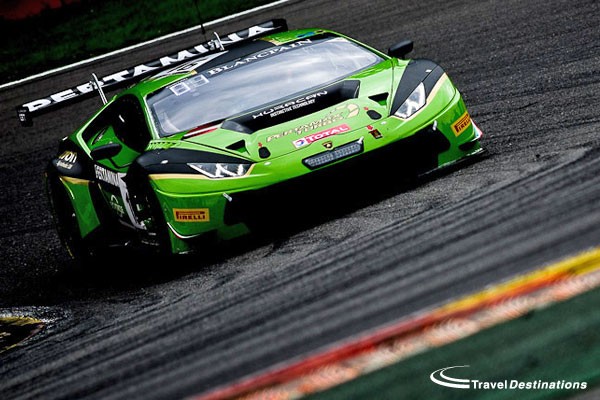 Following the Spa 24 Hours last weekend, our man in the stands, Stephen Kilbey, takes a look at 5 main points that arose from the race.

The BMW M6 has come into its own
Few people would have predicted a BMW M6 would come out on top, after a lengthy battle with Bentley for the win at the Spa 24 Hours this year. After the Nürburgring 24 Hours (the M6’s big 24-hour debut) didn’t go to plan with various incidents and mechanical failures prevented it from splitting up the Mercedes armada, hopes were not high. But Spa was different. With Mercedes’ uber-quick AMG GT3s on the back foot before the race even started, Audi having yet another very un-Audi race, McLaren proving to lack strength in numbers, Bentley suffering bad luck and serving penalties and Lamborghini not having a real challenge it suddenly became ROWE Racing’s to lose; and this time they didn’t. For any new car to come in and win a 24-hour race in its first year is impressive, and that’s definitely a worthy adjective to describe ROWE’s performance top to bottom. Alex Sims, Philip Eng and Maxime Martin all drove flawlessly and in the end had the luck, bold strategy calls and speed to win the race and deliver the team its first big win. After so many attempts at winning both Spa and the N24, ROWE Racing wont be forgetting this year’s Spa 24 Hours in a hurry. Neither will BMW, as the M6 looks like it’s a good all-round package that will remain a challenger on big stages for years to come.

Driving standards have improved
After the debacle of two years ago, when the Spa 24 Hours of 2014 was marred by a series of huge incidents following multiple safety car periods, it was good to see that such an enormous 65-car field produced a clean race. In recent years, the amateur/gentlemen drivers have really upped their game in the spirit of competition and its safe to say that it’s been at the benefit of GT3 racing across the board. Whilst there were naturally a couple of big shunts (one particularly scary one on pit-exit which saw Kevin Estre’s Attempto Porsche thrown into the Armco after contact with a Ferrari running at full speed) the racing overall was hard and fair, with most of the field leaving the event feeling encouraged by the performances of their peers. As much as enormous grids are used as a yard-stick for the success of a series/event these days, safety is just as important. It’s good to see that the SRO’s Blancpain GT Series continues to attract quantity and quality.

Mercedes has some post-Spa PR work to do
This year’s race will most certainly always be remembered for the post-qualifying exclusion of the Mercedes runners in the Top-20 Shootout. What should have been a 1-2-3-4-5-6 formation on the grid for the Stuttgart-based brand turned into a PR nightmare after an illegal engine map was found on all the cars, giving them a pace advantage. All the six cars featured several values in one of the three homologated maps in the car (Qualifying/ Race and Safety Car) that did not comply with the quoted values. As a result, they lost their qualifying times and received a five-minute stop and hold penalty at the start of the race too, effectively putting all the Mercedes contenders out of the running before the lights went green. It is an  incredible achievement that the leading AKKA ASP Mercedes came home second, overcoming an enormous disadvantage. It’s one thing to dominate due to sloppy Balance of Performance (BoP) adjustments, but when the manufacturer does more than just ‘play the game’ it is another entirely. Mercedes declined to comment on the reason for the issues, but failed to put in an appeal because they ‘ran out of time’. If it genuinely didn’t have any part in changing the engine maps on purpose, then so be it, but a lot of people will look at the 1-2-3-4 at the Nürburgring 24 Hours earlier in the year and now become suspicious of the result.

Bentley blew its big chance
The Bentley Continental GT3 has won plenty of races in its lifespan, but has thus far failed to win a marquee race. This year, with ex-Audi engineer Leena Gade at the helm, the British M-Sport crew had a very good chance of winning, pushing the ROWE team to its limits as the race wore on. A mixture of bad luck under full course yellow conditions, penalties and a late puncture cost the Bentley squad dearly. It was agonizing for the team after having the lead with just over two hours remaining in the race. In years past Bentley hasn’t featured in the running for the win of either the Spa 24 Hours or the Nürburgring 24 Hours, and it felt like that it may of missed out on its big chance last weekend to get a signature victory under its belt before the next chassis comes in to take its place in the coming years.

Maxime Martin got his big win
It has been a long time coming, but Maxime Martin finally has a career-defining win. The Belgian GT star, who will always be remembered for his astonishing performance towards the end of the 2013 Nürburgring 24 Hours, where he hunted down the leading Mercedes through adverse weather in the closing stages, only to finish second, now has a big 24-hour race win. After coming so close at both Spa and the ‘Ring in recent years, the 30-year-old Belgian couldn’t contain his emotions after winning the ‘big one’ on his home soil. And it is no surprise because every Belgian GT driver wants to win the Spa 24. It was a very deserving victory. Martin still has many years left in his career to add to his resumé as a BMW factory driver be it in GT3, DTM or wherever he ends up in the future. Few people have any doubts about his talent, and he now has a trophy to show for his efforts.