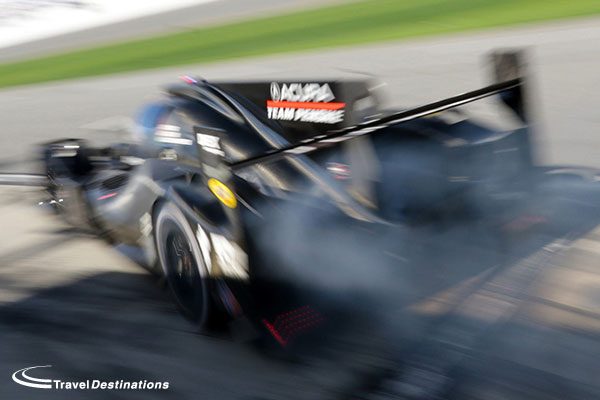 With the Roar Before the 24 test weekend in the books, the focus of the IMSA paddock shifts to the season-opening Rolex 24 Hours at Daytona at the end of the month. Our man in the stands was track-side at the Roar, to tell as what we can expect to see at the Rolex 24 Hours that takes place 26th – 27th January.

We are in to the third year of the DPi formula, in the IMSA WeatherTech SportsCar Championship, and it has really hit its stride, across the board. A healthy top class, with elite drivers and new Michelin tyres, have added up to create a Daytona 24 which will likely be unforgettable. Up front the DPi class is now 11-cars strong, with an influx of Cadillac customer teams to add to the already sterling Acura, Mazda and existing Cadillac efforts. There’s manufacturer interest in IMSA, and it’s stronger than ever, with the big three up front, Mazda, Cadillac and Acura all heading into the season on the front foot. 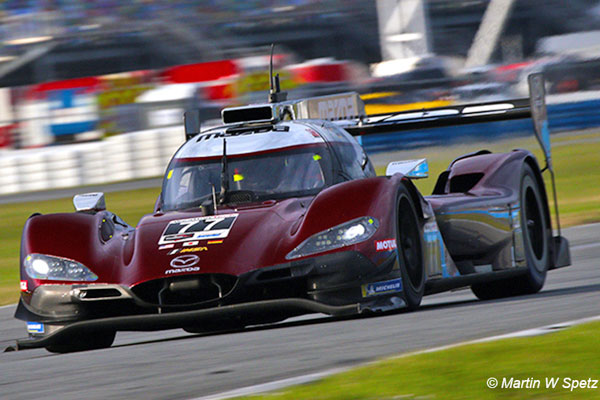 Mazda is the biggest mover here, the Joest-run effort finally looking world-beating and capable of winning its first race with two heavily revised RT-24Ps, a new set of backroom staff and Olivier Pla and Timo Bernhard added to the driver roster. Last weekend at the Roar test, the RT-24P was the class of the field on pace, so much so that Oliver Jarvis broke the all-time Daytona infield circuit lap record (unofficially) during the session dedicated to decide the pit boxes and garage allocation for race week. Why is this significant? One because the Mazda finally looks pacey on the unique, challenging speedway course, and two, because the record Jarvis broke stood for over two decades. That’s right, the last man to lap Daytona as fast as Jarvis was PJ Jones back in the GTP era in 1993, in an All American Racers-run Toyota.

Why have DPis become so fast? In part because of the development curve that the cars have been on, but mainly because of the tyre change. Out is Continental,and in is Michelin as the IMSA supplier and the difference is huge. The DPis are lapping Daytona a handful of seconds faster than in the past, with tyres that last longer and that are more predictable. It is still early stages, but it looks like Michelin has come out swinging, and will deliver us what should be the fastest Rolex 24 ever at the end of the month!

Cadillac and Acura are not far behind Mazda, at all, so don’t expect an easy win for Joest, who engineered Audi to over a decade of Le Mans success in the 2000s. In fact, come race week, when it matters there is an expectation that the Wayne Taylor and Action Express Cadillacs and the Penske Acura factory team will all  be gunning to break the lap record again, and then the win in the race proper. 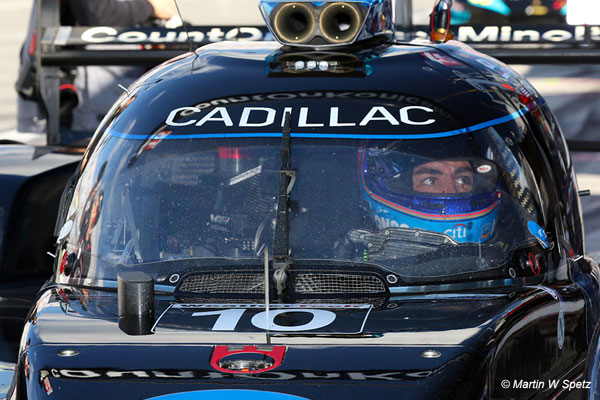 While the cars have certainly matured, the drivers racing them have too. 2019 in IMSA is set to run with some superb talent behind the wheel, but the Rolex 24 in particular continuing to attract stars. Fernando Alonso? Yes he’s in a Wayne Taylor Cadillac with his WEC teammate Kamui Kobayashi. Rubens Barichello? Check. Mike Conway? Check. The Taylor brothers? Of course. Juan Pablo Montoya? Certainly. And that’s just a handful of drivers in DPi, as the rest of the field is littered with quick drivers too.

You may remember that Nissan was involved in DPi, with the ESM-run Onroak chassis? Well, ESM has shut its doors, but CORE autosports, which almost won the overall IMSA title last year with an LMP2 ORECA has stepped up and bought one of ESM’s old chariots to campaign this year. So yes, there’s variety and DPi looks stronger than ever. 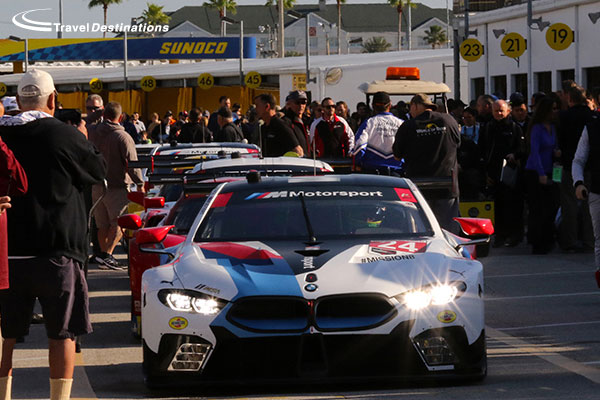 Elsewhere, GTLM looks as strong as ever too. There are no new cars for 2019, but the same strong set of factory teams are all eager to duke it out. New for 2019 Michelin tyres in the class (which has always been running with the French constructor) mean the lap times are tumbling in GTLM too. That coupled with the armada of Porsche, Ford, Corvette and BMW drivers (plus a Risi Ferrari) means that at times we won’t know where to look on track, as usual.

Alex Zanardi also deserves a mention here, the Italian, who has multiple Paralympic hand cycling gold medals and two CART championships to his name is racing with BMW. The man, who is quite possibly the most positive force ever to grace a paddock, is set to drive in a factory M8 GTLM, which does have a shot at victory.  He’ll race with hand controls, and climb in and out of the car under his own steam at stops. He’s remarkable, and so are BMW for giving both him and the fans an opportunity to witness such greatness first hand. He’s also hinted that this could be his last ever race, so his progress will be one of the big story lines to follow. 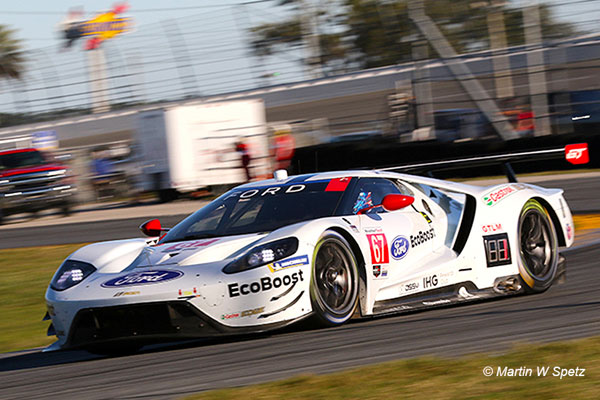 Oh, and expect a retro livery or two in GTLM for Rolex – you’re going to want to watch this space!

Then we have GTD, with over 20 cars once again, from a slew of manufacturers. IMSA boasts nearly 20 manufacturers competing in WeatherTech these days, and much of them race in the GT3 contingent. Acura, Lexus, Ferrari, Porsche, Audi, Mercedes, Lamborghini and BMW are all present, with top teams and drivers. It’s impossible to pick a winner here, and there are more question marks than usual as the majority of the field are running 2019 EVO kits. At the Roar Riley Motorsports’ trusty Mercedes AMG GT3 topped the times, but Meyer Shank Racing’s new Acuras and the selection of Ferraris were close behind. In testing, times shouldn’t be read into though, especially in a Balance of Performance-oriented class. 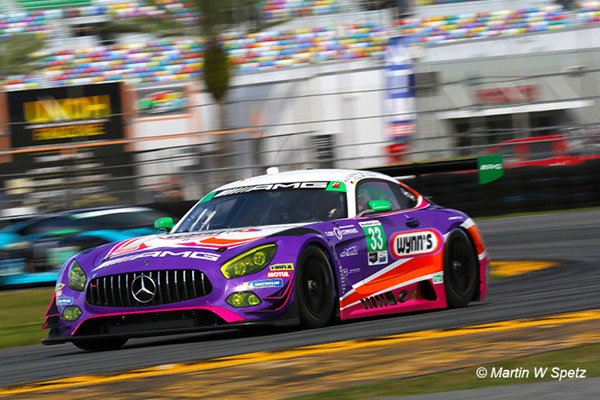 So, grab the entry list, marvel at the lengthy list of world-class teams, cars and drivers, sit back and relax. If the weather holds out, this will be the fastest, most hotly contested Rolex 24 of the modern era. And if you find that you now want to be track side for the Rolex 24 at Daytona? You had better call Travel Destinations quick because time is running out!