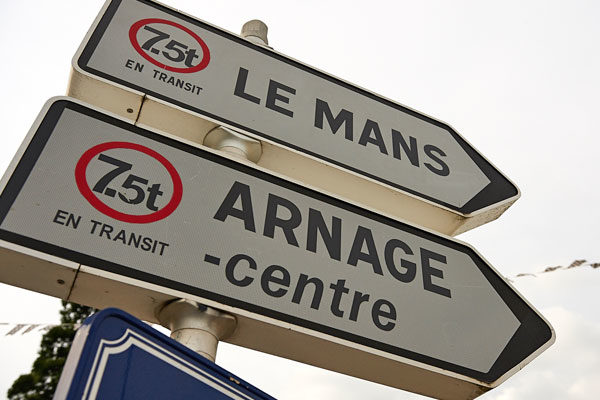 The majority of people that visit Le Mans do so by car and we receive lots of questions every year asking about driving to Le Mans, what they need to take and what documents they need to bring. It can be daunting driving in a foreign country, particularly if you haven’t done it before, but in reality, it is fairly simple driving to Le Mans.

There are however, some things that you should bring with you & certain things that are unique to driving in France and driving to Le Mans. We covered passport and travel documents in the previous article, so here I will just concentrate on what is required for driving to Le Mans. The first is perhaps obvious but somehow easily overlooked and that is your driving licence. You need to be at least 18 and have a full valid driving licence (so not provisional) to drive in France. If you are planning to hire a car then in addition to your licence you should also arrange to either print or share your driver record via the DVLA (in the UK) as proof that you are not banned from driving. Now the big discussions over Brexit may have muddied the waters here, but for now at least, If driving from the UK, you do not currently require an International Drivers Permit to drive in France. Your UK licence is sufficient. However, residents in other countries should check their requirements through a local government source.

You should have your vehicle registration document (V5c) with you. In theory this shouldn’t be just a copy. This is to prove that you own the vehicle, should you be asked to do so. Similarly, and this is more common these days, if you are renting or leasing the vehicle, you should have a VE103 form, showing that you are entitled to take this vehicle abroad. This needs to be obtained via the leasing or rental company before driving to Le Mans.

All good so far then. You must be insured to drive your vehicle. In France the minimum is third-party cover. You should then have your motor insurance certificate with you & have the contact number for your insurer available should you need to contact them (often this isn’t on the certificate!). In recent months, there has been much talk about the need for Green Cards when bringing your car from the UK to Europe, however, for now at least, that isn’t necessary. 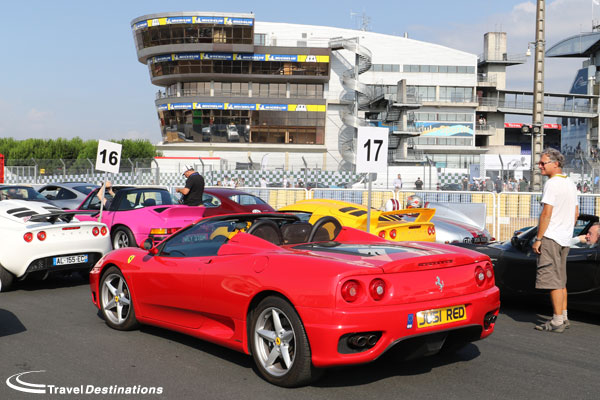 I hope that everyone is aware that you have to drive on the right in France, so in the limited time we have available here, I just want to highlight some of the other differences that you may come across driving to Le Mans. At some point you will probably need to refuel. Unleaded petrol (95 & 98 octane is readily available as is diesel (called Gazole), however you should be careful which pump you choose. “SP95-E10” is common, this is 95 octane unleaded with 10% ethanol. This is not suitable for all cars. Equally be careful of B8 biodiesel, this is normal diesel with up to 8% biodiesel. Again, this is not suitable for all cars. If you are in doubt you should check your car handbook, but ultimately, I would recommend using the standard fuels. Just as an aside foreign registered credit cards aren’t always accepted in automated petrol pumps, so it is worth seeking out a manned station, however,  some local petrol stations will be closed on a Sunday too.

Remember speed limits in France. Particularly when driving to Le Mans as the Gendarmes are aware a motor race is happening and that there are going to be a lot of high-performance cars around. Speed signs are in km/h. So in a built up area or village the speed limit is 50km/h (or roughly 30mph). Single carriageway roads away from buildings will likely be 80km/h (or roughly 50mph), whilst dual carriageways are 110km/h (or 68mph). On motorways the speeds vary, but 130kmh is the maximum which is about 80mph. On the spot fines (with a receipt) can be given by the local police, so you have been warned.

There are some compulsory items that you are required to carry or display whilst driving to Le Mans:
– A warning triangle to be displayed in advance of the vehicle should you breakdown or be forced to stop by the side of the road
– At least one, reflective jacket or vest (gilet Jaune) readily accessible in the vehicle (not in the boot) and this should be worn should the driver need to get out of the vehicle near to the carriageway. It is advised that you should have one per person in the vehicle should you all need to evacuate, but this isn’t currently the law in France.
– Although you may not be planning to drive at night, it is illegal to dazzle oncoming drivers with your headlights in France. This applies to rain, fog, tunnels or just cloudy conditions, so your headlights should be deflected or set for driving in France
– Finally, unless you have a European plate with a GB indicator, you should also display a GB sticker.
– Other items that are not compulsory but are recommended include a fire extinguisher & a first aid kit, which are both useful items to have anyway.

Two other things that you should be made aware of:
– Radar detectors are forbidden. You are not allowed to carry or even transport such a device. For cars with sat-nav, gps capabilities, then legally you are required to disable the fix speed camera identifying part of the device, usually via the points of interest function. Fines for not doing so can reach €1500!
– Breathalyzers: To cut a long story short, the French government brought in a law saying that it is compulsory to carry a breathalyzer certified by the French authorities (ie carrying a NF number). However, as of January 2013 (some time ago) they also introduced a law stating that no driver can be penalised for not having a breathalyzer. This is basically because there were not enough breathalyzers available. Officially yes it is a French law, however the fine for not complying has been postponed indefinitely.

Finally, French motorways often have tolls. These can often be paid by card as well as cash, but if you are driving on your own, it will often mean you have to run around the vehicle! If you want to avoid paying by cash or card, it is possible to arrange a tag account in advance on-line. You will need to arrange to pay by direct debit & allow time for the tag to be sent to you.

France has recently introduced low emission zones in certain cities. This means to drive in these areas, you will need to purchase a vignette/sticker for your windscreen. Currently this only affects areas of Paris, Lyon, Lille, Grenoble, Strasbourg, Toulouse and Marseille. Now generally this shouldn’t affect cars driving to Le Mans. However, if you are planning to extend your stay in France and are visiting any of those cities, then you should check requirements before you travel and be careful as there are 6 different types of sticker depending on the emissions of your vehicle.