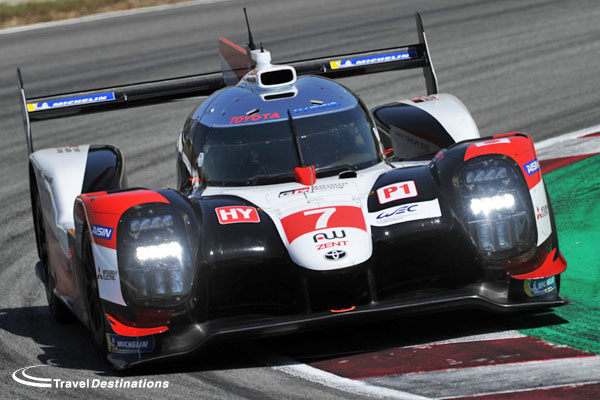 The 2019/20 FIA WEC season is upon us, as we edge closer to the major change coming to the championship in 2021/22, when the new Hypercar Prototype ruleset debuts.It begins at Silverstone, with a four-hour encounter this time, with 31 cars on the entry and plenty of intrigue.

Most eyes will be firmly fixed on the LMP1 class at the opening round. The list is currently six-cars-strong, with changes in terms of teams, drivers and regulations, all with the hope that this season we will see close racing between the hybrid-powered TS050s fielded by Toyota Gazoo Racing and the non-hybrid privateer chassis from Rebellion Racing and Team LNT. 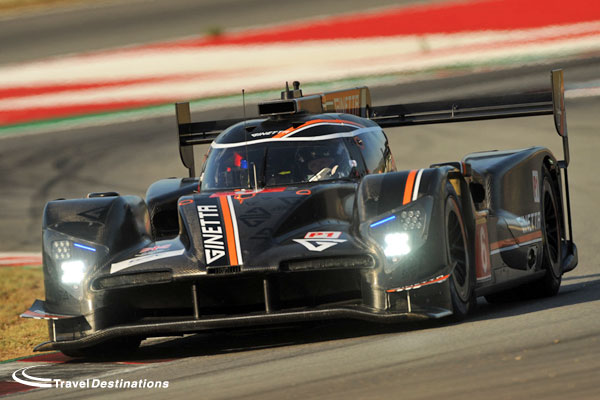 Team LNT is a name that may be familiar to long-time sportscar fans, especially to those that were present at the 2006 running of the Le Mans 24 Hours where it steered Panoz to a class win in GT2. Lawrence Tomlinson, now chairman of Ginetta, has brought the team back to ACO sportscar racing after a few years away and means business. Armed with a pair of updated, AER-powered, G60-LT-P1s, Team LNT hopes to turn heads and take the fight to both Rebellion and Toyota off the bat. That may seem overly optimistic on the face of it, especially after the forgettable outing that CEFC TRSM endured back in June of 2018 at Le Mans when the Ginetta LMP1 challenger made its debut. A lot has changed since that week. The team running the cars is all new, the engine is now from AER rather than Mecachrome (and yes, it’s the AER engine SMP Racing used at Le Mans this year which out qualified a Toyota) and the driver crew (which includes Ginetta factory drivers, ex-DragonSpeed LMP1 man Ben Hanley, Egor Orudzhev formerly from SMP’s LMP1 programme and 2003 Le Mans-winning Bentley Boy Guy Smith). 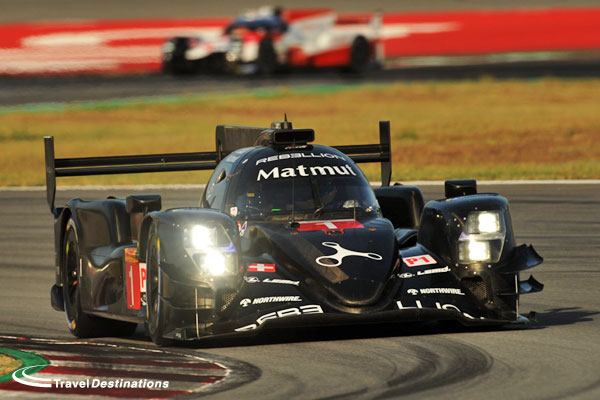 Pre-season testing has been overwhelmingly positive for Team LNT. Trips to Paul Ricard, Spa-Francorchamps and Motorland Aragon before the Prologue Test at Barcelona have raised eyebrows in the paddock. The cars have been reliable, minor niggles aside, and crucially, fast. Fast enough that going toe-to-toe with Rebellion’s R-13 Gibson(s) early in the season is an expectation within the team rather than a target. Whether or not challenging Toyota is possible remains to be seen, though there is reason to expect the void between the hybrid and non-hybrid prototypes this year to be less cavernous. The race organisers have introduced a success handicap system, which will slow specific cars each time they win. The disparity in stint lengths and time spent in the pits between Toyota and the rest of the field, which was artificial and favoured the Japanese automotive giant have also been removed. Will this make a noticeable difference at Silverstone? We will have to wait and see. We shouldn’t though, assume Toyota will dominate each race as it did during the ‘Super Season’.

LMP2 meanwhile, should be close and produce on-track action that you won’t be able to look away from. While there are plenty of story-lines to follow, which will be explored here on Travel Destinations’ website throughout the season, it’s worth pointing towards a couple of them for the opening round of the season. The tyre war between Michelin, and Goodyear (which has taken over from Dunlop) could prove pivotal in the title race. Currently High Class Racing (which has stepped up from the ELMS this season) and the two Jota-run ORECAs (one of which will race under the Jackie Chan DC Racing banner) have chosen Goodyear. The other five have declared that Michelin is their supplier of choice. 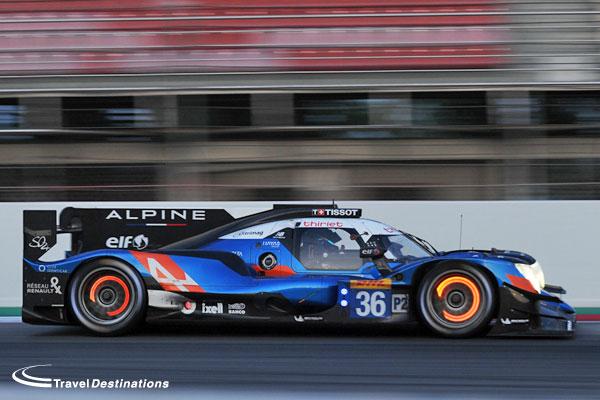 Goodyear is pouring resources into this season as part of a drive to forge a long-term relationship with the FIA WEC, and will hope to poach Michelin teams during the season. Each team, by regulation, can make one switch of supplier each season. Michelin on the other hand will hope to build on the momentum it has created in recent seasons, producing tyres capable of winning races after years of Dunlop domination. Keep an eye on United Autosports, which is set to embark on an ambitious maiden WEC campaign this term, and reigning champion Signatech Alpine. Both outfits bring a wealth of experience to this field, and along with Jota, are likely to be the teams to beat. 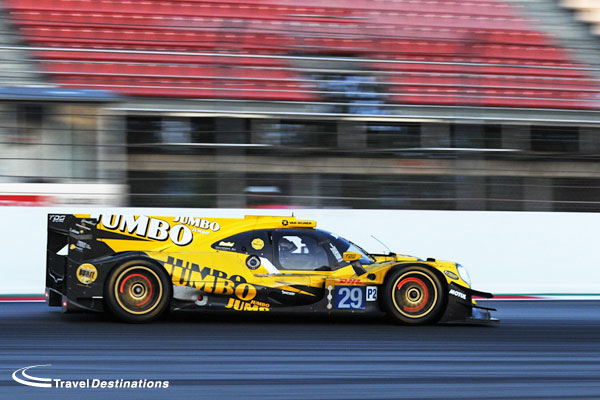 Steering away from prototypes, there’s a huge field of GTE cars on the entry this year. Six of them are factory efforts in Pro, with another 11 making up the record-grid in Am. GTE Pro, like LMP1, has taken a hit in numerical terms for this season. But that shouldn’t detract too much from the on-track action. Porsche, AF Corse and Aston Martin Racing all return, more eager than ever to win the GTE World Championships. All eyes will be on Porsche, as its stable of factory drivers will debut the brand new Porsche 911 RSR 19 at Silverstone. The updated car replaces the fan-favourite 911 RSR which is still present in GTE Am. Off the back of a title and Le Mans winning WEC campaign in 2018/19 and a five-race win streak earlier this year in IMSA with the now-previous-gen, model, it’s a scary to think that Porsche feels it can still improve! 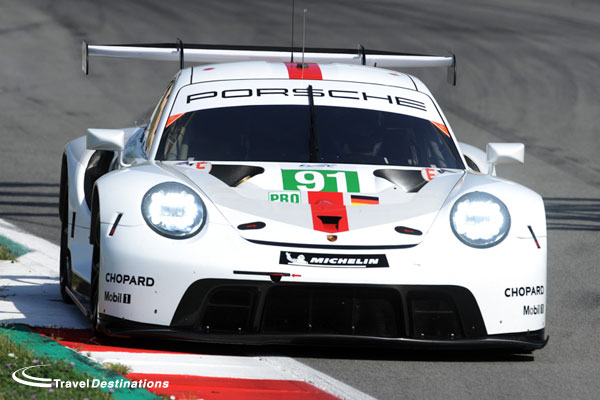 AF Corse and Aston Martin meanwhile, know they need to find consistency to beat Porsche this season. AF Corse, with its Evo-spec 488 GTEs, will be confident after a huge victory at Le Mans in June, while Aston Martin’s crew behind the scenes remain optimistic that they can improve upon the Vantage AMR’s struggles with tyres last season and unlock its true potential. 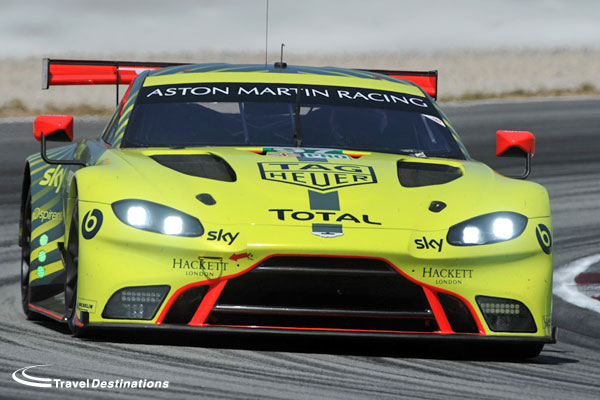 GTE Am also sees a Porsche team defending a title, in Project 1, and the German outfit hopes to get its campaign off to a fast start with its expanded two-car effort. It will be no easy task to win it all once again, and Le Mans for that matter, as the competition has only increased. Aston Martin Racing brings a brand new Vantage AMR chassis for its GTE Am debut and fresh faces in Darren Turner and Ross Gunn to partner Paul Dalla Lana in its #98 car, while Proton Competition will aim to put the drama and disappointment that its 2018/19 produced with its pair of Porsches. 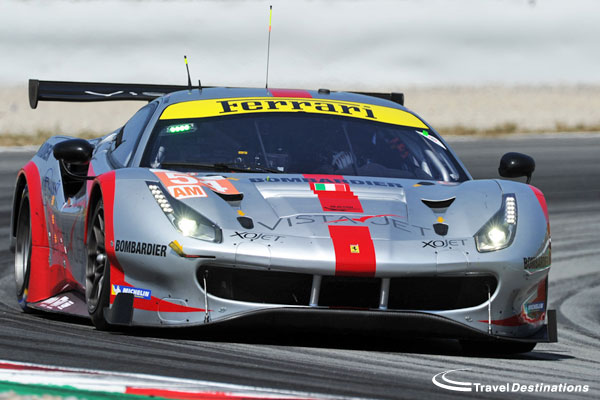 Ferrari teams are out in force too, from MR Racing, Red River Sport and AF Corse, all with high hopes. Lest we forget that in addition to AMR’s No.98 Vantage, TF Sport is also pushing for a big result on home soil. Team owner Tom Ferrier, will hope that the team’s new chassis will be the catalyst that powers the ever-expanding British team to its first WEC class win.

In addition to the WEC action, fans trackside will, as usual, be treated to a four-hour European Le Mans Series race on Saturday. That’s eight hours of high-level sportscar racing to look forward to in one bumper weekend. The road to Le Mans 2020 starts here!

Join us at the FIA WEC rounds at Sebring, Spa-Francorchamps and of course Le Mans in 2020. Read more about our FIA WEC offers here.