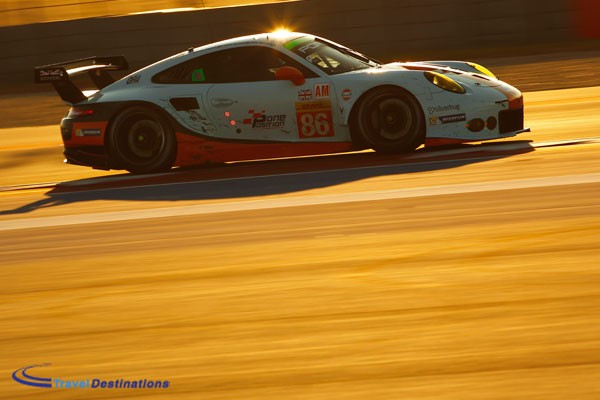 FIA WEC 6 Hours of the Circuit of the Americas

Our man in the stands, has just returned from Austin, Texas following the latest round of the FIA World Endurance Championship. Porsche may have taken the win, but Stephen Kilbey takes a look behind the scenes and reports on some of the other stories around the paddock.

1. Toyota will head to Fuji confident
After struggling for pace and reliability at all of the six-hour races prior to COTA this season, Toyota Gazoo Racing travel to the final three races of the year knowing it is capable of more podiums; even with the high-downforce kit for the TS050 lacking in top-end speed. In Texas both cars had the raw pace to compete with both Porsches during the race, and in the end the No.6 of Kamui Kobayashi, Mike Conway and Stephane Sarrazin finished the race third, just seconds from the No.8 Audi in second. The sister car would have been there or thereabouts too, but suffered intermittent waste-gate issues with its turbo and came home fifth. Nevertheless, the whole team is on the up, and is looking to finally put its Le Mans demons behind it before the end of the season.

2. The final WEC/IMSA double bill for the foreseeable future could have been better
Once again, the paddock left Austin underwhelmed by the IMSA/WEC event in the USA, which was a shame, as it seems unlikely that it will happen in the future, with the relationship between the two governing bodies appearing strained at best. The crowd – despite the (much bloated) figure touted – was poor once again, with almost all the grandstands appearing empty for the entire meeting. The racing was also all on the Saturday, which during the fall in Texas is suicide, because a huge portion of the population is focused on college football all day each Saturday. The temperature was also extremely high; too high for many. Drivers suffered through their stints without air conditioning, and everyone else, including the fans, spent most of the meeting desperately trying to find shade, or cooler areas to escape the 30+ degree heat and 80-90% humidity. Holding Lone Star Le Mans event at the start or end of the season would be more prudent going forward.

3. LMP2 is all but sewn up
With yet another win this season, the No. 36 Signatech Alpine of Gustavo Menezes, Stephane Richelmi and Nicolas Lapierre holds a sizable 38-point lead heading into the final rounds. The trio has won four races so far in 2016, and consistently has the pace to outclass their rivals in the RGR Sport by Morand Ligier. Obviously a retirement for the No.36 and an RGR win would close the gap significantly, but if the French team’s form continues then there’s they can wrap it up before heading to Bahrain.

4. AF Corse needs to sort out its Am-leading 458’s lack of pace and durability quickly
The No.83 AF Corse Ferrari, which currently leads the GTE Am championship, saw its lead take a hit last weekend, when the car was nowhere in qualifying and had electrical issues during the race that resulted in it finishing last of the classified runners. Prior to that the car struggled for pace in Mexico, though the team scored well when both its title rivals at the time retired. Francois Perrodo, Emmanuel Collard and Rui Aguas hold just a 33-point advantage going forward, with both the No.98 Aston Martin and No.88 Abu Dhabi Proton Porsche finding form.  If the team is unable to compete for wins once again in the trips to Asia and the Middle-East, then the title race could go down to the wire, which would be a real surprise.

5. LMP1 reliability is still an issue
Remember the race at Spa this year? When every LMP1 H entry had issues, resulting in a surprise win for the No.8 Audi and a podium for the No.13 Rebellion? Well it certainly seems like that sort of race could happen again after the race last weekend in the USA. During the race, the No.8 Audi had a total electrical failure, the No.6 Toyota had turbo issues, the No.7 Audi had issues with its drinks bottle and door. Both Porsches had almost faultless runs this time, but in the past they’ve been subject to a variety of niggles. Sure, none of the six factory cars retired from the race at CoTA, but even at this late stage of the season they still seem fragile. If for whatever reason, the title race goes down to the finale at Bahrain, then it could be interesting to see how the cars hold up when the teams and drivers get desperate.

The FIA WEC now moves on to the Fuji circuit in Japan for the next race on the 16th October.